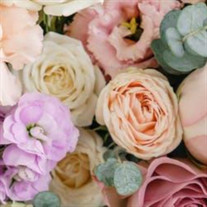 Ann J. Rau, age 80, of Grand Island, passed away July 14, 2021 at CHI St. Francis Medical Center. Memorial Service will be held on Friday, July 30 at 10:30am at Aurora United Methodist Church, 1104 A Street. A private family graveside service will be held at the Aurora Cemetery. Memorials are suggested to the church to be designated to the crochet group. She was born February 1, 1941 in Lincoln to Niles and Rhoda (Hall) Barnard. She graduated from Lincoln High School in 1958 and then went on to attend UNL where she graduated with a bachelor’s degree. She was a member of Trinity United Methodist Church in Lincoln. On April 21, 1962 she was united in marriage to David M. Rau III. They resided in Lincoln before moving to Bettendorf, IA in 1982, then moved to Aurora in 1997 before deciding to make Grand Island their home for the last several years. She loved her family more than anything and spent as much time with them as she could. She enjoyed crocheting, cross stitch and watching the Cubs. Survived by husband, David M. Rau III of Grand Island; children, Dave (Julie) Rau of Littleton, CO; Suzanne (Chris) Dierks of Ewing, NE and Heidi (Brian) Baxter of Castle Rock, CO; grandchildren, Aaryn (Bryan), Jamie (Michael), Nathan (Chelsey), Alex, Brady (Ashely), Regan, Rachel, Patrick, Katie, Sean and Liam; great grandchildren, Katie, Zayne, Evelyn, Westen and Wriggs; brothers, Kenneth (Andi) Barnard of Graeagle, CA and Allen (Betty) Barnard of Omaha, NE and numerous nieces, nephews and other relatives. Preceded in death by parents and brother, Roger Barnard. Condolences can be left at www.livson.com.

The family of Ann J. Rau created this Life Tributes page to make it easy to share your memories.

Send flowers to the Rau family.