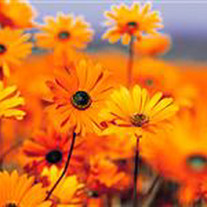 Bertha Ida Hussmann, 95, died Monday, May 23, 2011, at South Hampton Place, Columbia, Missouri. Funeral services will be at 10 a.m. Tuesday, May 31, 2011, at Trinity Lutheran Church in Grand Island, Nebraska with visitation from 4-8 p.m. Monday, May 30, at Livingston-Sondermann Funeral Home. She will be buried in the Grand Island City Cemetery. A memorial service will be at 4 p.m. Thursday, June 2, at St. Andrew’s Lutheran Church, in Columbia, Missouri.  She was born Nov. 4, 1915, in Sisseton, South Dakota, to Reverend Gustav & Anna (Eggert) Steffen. She graduated from Washington High School, Sioux Falls, South Dakota, in 1934. She entered nurses training in 1937 at Lutheran Hospital, St. Louis, Upon graduation, she worked at St. Louis Children’s Hospital. She had the second-highest score in Missouri on her State Board Nursing exam.  On June 26, 1941, she married Reverend Otto B. Hussmann, pastor of Trinity Lutheran Church, McFarland, Kansas.   During the war, she was a volunteer Red Cross nurse and will be buried with her Red Cross pin. She taught Red Cross Home Nursing classes in McFarland, Paxico and Alma, Kansas. After her husband completed WWII service as a U.S. Army Chaplin, they served congregations in Topeka, Kansas, Chester, Illinois, and Grand Island, Nebraska. In 1962, she returned to nursing and worked at the Lutheran Hospital in Grand Island until retirement in 1977. Her husband died on Jan. 3, 1982. In 1997, she moved to Columbia, Kansas to live with her daughter Mary. She attended services at St. Andrew’s Lutheran Church. She was a member of GRO-Grass Roots Organizing and Church Women United. She is survived by five daughters, Paula Marie and Bill Moore of Charlotte, N.C., Katherine Ann and Reverend Paul Klemp of Whit Bear Lake Township, Minn., Mary Louise Hussmann of Columbia, Kansas, Martha Ruth and Reverend Paul Bickel of Forest Hill, MD., and Elizabeth Grace Hussmann and Tony Hooi of Omaha, Nebraska; 20 grandchildren; 36 great-grandchildren; and sister, Gertrude Hoffschneider of Fort Wayne, Ind. She was preceded in death by eight siblings.

The family of Bertha I. Hussmann created this Life Tributes page to make it easy to share your memories.

Send flowers to the Hussmann family.