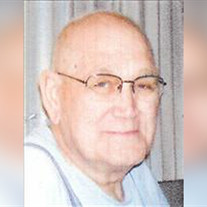 Calvin D. Lytle, 67, of Grand Island died Saturday, April 26, 2008, at his home. At Mr. Lytle’s request, his body was cremated.  Cremation was provided through Westlawn Memorial Park Crematory. Memorial services will be held on Saturday, June 14, 2008, at Ashley Park at a time yet to be determined. Arrangements were made through Livingston-Sondermann Funeral Home. Calvin was born February 13, 1941, at Burwell, NE to Glen E. and Jannie Mae (Davis) Lytle. Survivors of the immediate family include his wife, Sandi Lytle of Grand Island; four brothers and two sisters-in-law, Glen Lytle of Pawnee, IL, Clarance R. “Clay” Lytle of Murphysboro, Ark., Vern and Nancy Lytle of Pawnee, IL and Lloyd and Shirley Lytle of Burwell, NE; three sisters and two brothers-in-law, Betty Dearmont of Burwell, NE, Leona and Henry Schlunsen of Norfolk, NE and Dorothy and Ken Johnson of Burwell, NE; four children, Thomas Burget, Calvin Burget, Greg Lytle and Melissa (Mrs. Keith) Millspaugh; and two step children, Bill Graham of Denver, NC and Becca (Mrs. Jeff) Dowty of Grand Island. Additional survivors include seven grandchildren, Megan, Angel, Hope, Jeremiah, Courtney, Jessica, Dustin and Faith; and one great-grandson, Nicholas. Calvin grew up and attended school in Burwell. Following his education, he worked as a farm hand in the sand hills.  He then drove truck for 33 years.  He worked five years for McCain Foods and then semi-retired and drove the Hall County Handi-Bus. Calvin and Sandi were married on July 9, 1994. He was a member of the Eagles.  He enjoyed motorcycling, and was a past director of the Gold Wing Road Riders Association.  He was also a member of the Loup Valley Road Riders. Calvin was very active in raising money for cancer research and various other charities.  He was also an active member of AA for 28 years. He was preceded in death by his parents; one sister, Thelma Irene Lytle; an infant son; two sisters-in-law, Wilma Lytle and Beverly Lytle; one brother-in-law, Robert Dearmont; and his niece, Deborah Kenney. Memorials are suggested to the family.

The family of Calvin D. Lytle created this Life Tributes page to make it easy to share your memories.

Send flowers to the Lytle family.