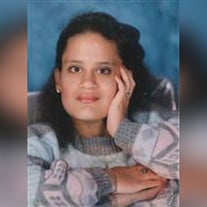 Christa Lee Lemburg, 35, formerly of Cairo died Sunday, October 24, 2010 at St. Francis Medical Center. Memorial services will be at 10:30 am Wednesday at Livingston-Sondermann Funeral Home. The Reverend Lonnie Logan will officiate. According to her wishes Christa was cremated. The family will be gathering and receiving friends from 4-8 pm Tuesday at the funeral home. Memorials are suggested to the family’s choice. Christa was born on October 5, 1975 in Grand Island to Mickey and Joyce (Stoltenberg) Lemburg. She spent her childhood and school years at Centura Public School and graduated with the class of 1994. She moved to Omaha at the age of 23 where she lived in an apartment and worked for Omaha Steaks for five years. Chronic health problems led to early retirement, so Christa spent her time as an advocate for the Methodist Church in Omaha as well as a supporter for the humane society.  During the late 1970’s Christa was the state poster child for the March of Dimes in Nebraska. She spent her time traveling with her personal escort “Bozo the Clown” and Nebraska Representative Virginia Smith raising both money and awareness of the issues surrounding children with disabilities. As Christa grew to adulthood, her belief in the rights of the disabled led her to be actively involved in the National Spina Bifida Association. She traveled to the National Convention in New Orleans where she represented Nebraska. In the last several years Christa’s desire to help others led her to begin studies in addiction therapy. She attended classes in Omaha and in 2009 she returned to Grand Island and attended Central Community College. This led her to do volunteer work in the addiction unit of the VA Medical Center in Grand Island. Shortly before her death Christa also volunteered at the council for the aged and helped to develop a peer support system for those who suffered from disabilities. Christa enjoyed life and everything it had to offer. Gentle and giving to the very end, she gave her ok to establish a fund to assist those who choose to go into the counseling profession. She is survived by her mother Joyce Lemburg-Taylor of Grand Island, her father and stepmother Mickey and Jane Lemburg of Cairo, a brother and sister-in-law Torben (Toby) and Heather Lemburg of Cody, Wyoming, a sister and brother –in-law Jessica (Jesse) and DJ Scheer of Grand Island. She is also survived by her paternal grandparents William and Pearl Lemburg of Cairo and several aunts, uncles, nieces, nephews and her beloved cat Tiger. She was preceded in death by her stepfather Johnny Taylor and her maternal grandmother Eunice Stoltenberg-Becker and maternal grandfather Marvin Stoltenberg.

The family of Christa L. Lemburg created this Life Tributes page to make it easy to share your memories.

Send flowers to the Lemburg family.