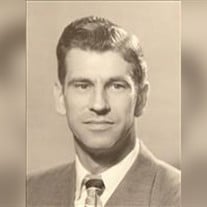 Dr. C.H. Stohs, 87, of Grand Island, died Monday, March 9, 2009 at the Skilled Care Unit of the St. Francis Medical Center.   Funeral services will be on Friday at 1:00 P.M. at Trinity Lutheran Church.  The Rev. Kris Rebentisch and Vicar Greg Enterline will officiate.  There will be a family prayer service at 12:45 P.M. at the church. Burial will be at the Westlawn Memorial Park Cemetery. Visitation will be on Thursday from 5:00 until 8:00 P.M. at Livingston-Sondermann Funeral Home. Clifford Herman Stohs was born on April 10, 1921 in Bremen, Kansas to Emil and Frieda (Riggert) Stohs. Survivors of the immediate family include a son and daughter-in-law, Gene & Kristen Stohs of Lincoln; a daughter and son-in-law, Nancy Stohs and Michael Meier of Wauwatosa, Wisconsin; one brother and sister-in-law, Ivan and Mary Ann Stohs of Beatrice; and one sister, Gladys Ehm of Phillipsburg, Kansas. Additional survivors include grandsons, Brett (Jill) Stohs and Todd Stohs; granddaughters Gwendolyn (Dave) Fuhrmann and Candace and Hilary Stohs-Krause; four step-children; six step-grandchildren; and 14 step-great-grandchildren. Mr. Stohs grew up in Bremen Kansas and received his education there.  He farmed with his parents until 1945, when he enrolled in Logan Chiropractic College in St. Louis, graduating in 1949.   He married Valora Lohse on April 18, 1949 in Kansas.  The couple lived in Baldwin City, Kansas for one year and then moved to Alma, Kansas, where they lived from 1950 to 1958.  They moved to Grand Island in 1958. Valora died in May of 1976.  Dr. Stohs then married Lyla Krause on June 26, 1977 in Kansas.  Lyla died in November of 2008. Dr. Stohs retired from his active chiropractic practice in 1990, but maintained a semi-office in his home for many years. He was a member of Trinity Lutheran Church, past vice-president and president of the Grand Island Optimist Club, and member of the Grand Island Business Breakfast Club since 1959.  He was also a member of the Nebraska Chiropractic Association since 1958, serving as vice-president for two years and president for two years.  He received a lifetime membership award in 2002, and was honored as state Chiropractor of the year in 1981.  He was also a member of the National Chiropractic Association for 39 years. Dr. Stohs enjoyed traveling.  He traveled extensively across the United States, to Hawaii, and Alaska and many points between and also visited Panama and Europe.  He enjoyed sports, especially football and baseball, and he enjoyed playing cards and sharing jokes by email. In addition to both wives, he was preceded in death by his parents, two brothers, Gerhard and Merlin and two sisters, Nadine and Lucinda. Memorials are suggested to the Nebraska Chiropractic Physicians Association or the St. Francis Foundation (designate skilled nursing unit, education fund).

The family of Dr. Clifford H. Stohs created this Life Tributes page to make it easy to share your memories.

Send flowers to the Stohs family.