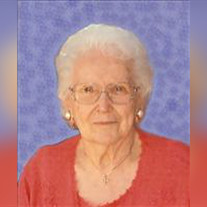 Dorothy L. Fila, 88, of Grand Island died Wednesday, June 10, 2009, at her home. Services will be at 10 a.m. Tuesday at Blessed Sacrament Catholic Church with the Rev. Todd Philipsen officiating. Mrs. Fila’s wishes were for her body to be cremated. Cremation was provided through Westlawn Memorial Park Crematory.  Burial will be in the Westlawn Memorial Park Cemetery. A rosary/wake service will be held at 7 p.m. Monday at the church followed by a brief reception in the church gathering area. Livingston-Sondermann Funeral Home is in charge of arrangements. Dorothy was born November 30, 1920, at Rockville, NE to Arthur and Pauline (Guzinski) Kowalewski. Survivors of the immediate family include two sons, and a daughter-in-law, Bill L. Fila, and Rick and Sheila Fila, all of Grand Island; three daughters and sons-in-law, Paula and Bob Parmley of Chandler, AZ, Pam and Steve Lofholm of Roseville, Calif., and Penny and Bob Schwieger of Grand Island; and a sister and brother-in-law, Dee and Jack McGowan of Grand Island. Additional survivors include 13 grandchildren, Chris Fila, Tami Maguire, Bob Parmley, Christina Jokerst, Jill McGreer, Gina Nelson, Michelle Wiseman, Ashley Schwieger, Lindsey Schwieger, Jacy Schwieger, David Lofholm, Chris Lofholm and Jac Lofholm; and 12 great-grandchildren. Dorothy grew up and attended school in Litchfield. Following her education, she worked in nursing at the Loup City Hospital. Dorothy married William M. Fila on August 18, 1945, at Immaculate Conception Church in Omaha. They moved to Grand Island in 1950. In 1953, she, along with her husband, brother-in-law, Leonard Fila and sister-in-law, Aggie Fila, founded the Glass Bar. For 28 ½ years she worked side by side with her husband in the liquor business before retiring, owning Sportsman’s Bar, Dad’s Liquor, Seven Seas and Fila’s Laundry Mat. Dorothy was a member of Blessed Sacrament Catholic Church where she was active in the Sunset Group, served on the funeral committee and attended daily Mass. She was known to have a great sense of humor, and for her love of God, her church, family and friends. Dorothy also loved raising her garden flowers. She was preceded in death by her husband, ‘Bill’; and three brothers, Leonard, Harry and Paul Kowalewski. Memorials are suggested to Blessed Sacrament Catholic Church or St. Francis Hospice.

Dorothy L. Fila, 88, of Grand Island died Wednesday, June 10, 2009, at her home. Services will be at 10 a.m. Tuesday at Blessed Sacrament Catholic Church with the Rev. Todd Philipsen officiating. Mrs. Fila&#8217;s wishes were for her body... View Obituary & Service Information

The family of Dorothy L. Fila created this Life Tributes page to make it easy to share your memories.

Send flowers to the Fila family.