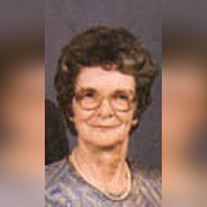 Fern G. Nietfeldt, 78, of Grand Island, died Wednesday, March 29, 2006 at Beverly Healthcare at Lakeview. Funeral services will be on Saturday at 1:30 P.M. at Livingston-Sondermann Funeral Home. The Rev. Randy Fett will officiate. Burial will be at the Grand Island City Cemetery. Visitation will be on Friday from 4:00 until 8:00 P.M. at the funeral home. Mrs. Nietfeldt was born on January 18, 1828 in Rockville, Nebraska to Claus and Augustine (Kosch) Gudenrath. Survivors of the immediate family include one son and daughter-in-law, Norm & Cheryl Nietfeldt of Grand Island; three daughters and sons-in-law, Susan & Royce Ford of Bangs, Texas, Kayline & Donald Lamborn of Juniata, Nebraska, and Laura & Rick Guthals of Grand Island; one brother, Harold Gudenrath of Fort Washington, Pennsylvania; a daughter-in-law, Betty Nietfeldt of Devol, Oklahoma; and a sister-in-law, Dorothy Lemke of Hastings. Additional survivors include 9 grandchildren, 7 great-grandchildren, and 2 great-great grandchildren. Mrs. Nietfeldt received her education at Rockville. She graduated from Grand Island Senior High in 1945. She married Lester Nietfeldt on May 27, 1951 in Grand Island. Mrs. Nietfeldt did bookkeeping work for Nietfeldt Plumbing and also Sewer Rooter. She enjoyed crocheting, doing needle work, baking, and spending time at their cabin at Lake Ericson. She was a member of Messiah Lutheran Church, the Eagles, and the Platte-Duetsche. Mrs. Nietfeldt was preceded in death by her husband in 1993, one son, Merl Nietfeldt, 2 brothers, Raymond Shelby, and Fred Shelby; one sister, Leona Shelby Miller and a brother-in-law, Louis Nietfeldt. Memorials are suggested to Beverly Healthcare at Lakeview, and to Asera Hospice Care in York.

The family of Fern G. Nietfeldt created this Life Tributes page to make it easy to share your memories.

Send flowers to the Nietfeldt family.