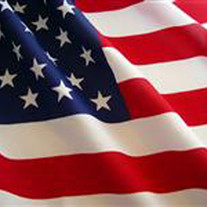 Florence M. House, 88, of Grand Island died Monday, Dec. 21, 2009, at the Grand Island Veterans Home. Ms. House was born July 20, 1921, at Lowden, Iowa to Emil and Lily Freese. She lived there until starting Nursing School at Evangelical Hospital in Chicago. Upon graduation, she worked as a surgical nurse until she joined the United States Navy Nurse Corps in 1943 where she served at the Naval Hospitals in Long Beach, Calif., and Oakland, Calif. Upon discharge from the Navy in 1946, she returned to Evangelical Hospital in Chicago where she met her future husband, Robert M. House, MD. They were married in Denver on May 31, 1947. In 1952, they relocated to Grand Island from Sioux Falls, S.D., where her husband set up an orthopedic surgery practice. Ms. House was very active in the Grand Island school system, Faith United Methodist church, and various community and charity organizations including the Stuhr Museum and the Women's Veterans Memorial at Arlington National Cemetery in Washington DC. She is survived by her sister, Evelyn Graham, her five children, Robert, Terrell Rolfe, Richard, Steven, and Catherine, five grandchildren, Gaven and Paige Rolfe, Stephanie (House) Musick, Christina and Rachel House and many nephews and nieces. Preceding her in death were her husband; sister, Delores Hicks and brother, Fred Freese. Internment will be at the Grand Island Cemetery following a private memorial.

The family of Florence M. House created this Life Tributes page to make it easy to share your memories.

Send flowers to the House family.