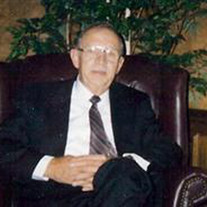 Gary Vandeberg, 80, of Grand Island, died Wednesday, December 30, 2009 at the St. Francis Medical Center.    Funeral services will be on Monday at 11:00 A.M. at the Church of Jesus Christ of Latter Day Saints in Grand Island.  Bishop John Henderson will officiate.    Burial will be at the Grand Island City Cemetery.    Visitation will be on Monday from 10:00 A.M. until service time at the church.    The family is being served by Livingston-Sondermann Funeral Home.    Mr. Vandeberg was born on June 10, 1929 in Detroit Michigan to John and Eunice (Banco) Vandeberg.    Survivors of the immediate family include his wife, Verlyn (Lyn) of Grand Island; two daughters, Kitty Vandeberg and Connie Armes both of Grand Island; one son and daughter-in-law, Mark (Dawn) Vandeberg of Arvada, Colorado; one brother and sister-in-law, Robert (De) Vandeberg of Virginia Beach, Virginia; and one sister, Penny Ulmer of Raleigh, North Carolina.    Additional survivors include three grandchildren, Ann Armes, Alex Armes, and Eric Armes.    Mr. Vandeberg received his education in Sheldon Iowa, and graduated from Sheldon High School in 1947.  He was employed by the Chrysler Corporation in Detroit.    He served in the U.S. Navy during the Korean War from March 12, 1951 until his discharge on March 11, 1955.  He was then employed by Frontier Airlines.    He married Lyn Jorgensen on July 17, 1957 in Grand Junction, Colorado. The couple lived throughout the mid-west while Mr. Vandeberg was employed as an air traffic controller for the Federal Aviation Agency.  He retired in 1989.  The couple moved to Grand Island in 1997.    Mr. Vandeberg enjoyed singing with Barbershop choruses, and was an expert woodworker.    He was a member of the Church of Jesus Christ of Latter Day Saints.    He was preceded in death by his parents; and a brother-in-law, Henry Ulmer.    Memorials are suggested to the Alzheimer’s Association.

The family of Gary Vandeberg created this Life Tributes page to make it easy to share your memories.

Send flowers to the Vandeberg family.