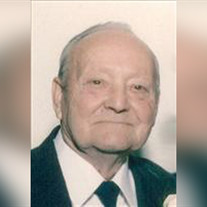 George H. Wassinger Sr., 82, of Grand Island died Wednesday, April 23, 2008, at his home. Services will be at 9:00 AM Saturday at Blessed Sacrament Catholic Church.  The Rev. Francis T. Curran will officiate.  Burial will be in Westlawn Memorial Park Cemetery with military rites by the United Veterans Honor Guard. Visitation will be Friday at Livingston-Sondermann Funeral Home from 4 to 7 PM concluding with a 7 PM rosary. George was born March 1, 1926, at Ness City, KS to Frank and Catherine (Waldschmidt) Wassinger. Survivors of the immediate family include five daughters and two sons-in-law, Vicky Taylor of Nampa, ID, Cathy and Gary Files of Wood River, Becky and Dane Smith, Mary Rouse and Carla Wassinger-Mollenberndt all of Grand Island; three sons and daughters-in-law, Anthony and Pam Wassinger of Papillion, James and Sherry Wassinger and George Jr. and Diane Wassinger all of Grand Island; and one sister, Sister M. Agatha Wassinger of Wichita, KS. Additional survivors include 18 grandchildren and 15 great-grandchildren. George grew up and attended school at Ness City, KS. Following his education, he served with the United States Marine Corps during World War II. George married Lois Ann Sass on July 24, 1947, at Grand Island.  Following his military service, the couple made their home in Grand Island. George went to work for Vern Eickner at his service station.  While working there he was recalled to active duty to serve with the Marine Corps during the Korean Conflict.  He returned to work at the station after receiving an honorable discharge. In 1964 George purchased the service station and operated it as George’s Conoco until his retirement in 1993.  He then went to work for Menards, and continued to work there until the time of his death. Mr. Wassinger enjoyed fishing, gardening, polka music and auto racing. He was a member of Blessed Sacrament Church, the Knights of Columbus, the American Legion and VFW. He was preceded in death by his wife, Lois Ann in 2001; six brothers and three sisters. Memorials are suggested to Blessed Sacrament Church or the family’s choice.

George H. Wassinger Sr., 82, of Grand Island died Wednesday, April 23, 2008, at his home. Services will be at 9:00 AM Saturday at Blessed Sacrament Catholic Church.  The Rev. Francis T. Curran will officiate.  Burial will be in Westlawn Memorial... View Obituary & Service Information

The family of George H. Wassinger Sr. created this Life Tributes page to make it easy to share your memories.

Send flowers to the Wassinger family.