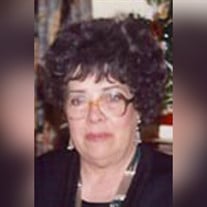 Gladys M. Walters, 88, of Lincoln, formerly of Grand Island died Thursday November 30, 2006, at Homestead Care Center in Lincoln.     Services will be at 1:00 P.M. Monday at the United Methodist Presbyterian Church in Ewing, NE.  The Rev. Costa Oliveira will officiate.  Burial will be in the Ewing Cemetery.         Visitation will be from 4 to 8 PM Sunday at Livingston-Sondermann Funeral Home in Grand Island.     Gladys was born October 30, 1918, at Ewing, NE to John and Mary (Daniels) Walter.      Survivors of the immediate family include her sister, Avis Worth of Waverly, NE and one sister-in-law, Laura Walter of Grand Island.     Additional survivors include five nieces, Jeanne Walter of Waverly, NE, Wilma Forsberg of Inman, NE, Wilda Blazek of Omaha, Janet Walter of Lincoln and Pat Shriner of Alda, NE; three nephews, John Stamp of Bancroft, NE, Stan Walter of Kirkland, WA and Dean Walter of Glenmore, PA; two great-nieces, Jacque Page of Omaha and Deb Shriner of Grand Island; and one great-nephew, Sean Medcalf of Waverly.     Gladys grew up and attended school in Ewing and Clearwater.       Gladys moved to Omaha in her early 20’s, and worked for Evans Laundry.  She moved to Grand Island in 1963 to care for her father, and also worked in laundry services for St. Francis Hospital.  Gladys lived in Grand Island for 43 years until moving to the Homestead Care Center in Lincoln earlier this year.     She loved animals, especially her dachshunds, and cherished the times she shared with her family.     Gladys enjoyed gardening, canning and all of the simple things in life.      She was preceded in death by her parents; two sisters, Lavina Stamp and Irene Lichty; and one brother, Alvin Walter.   Memorials will be used for the continued care of her pets.

The family of Gladys M. Walters created this Life Tributes page to make it easy to share your memories.

Send flowers to the Walters family.