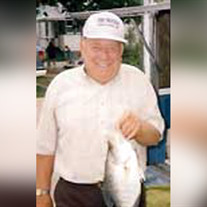 Harold G. Day, 83, of Grand Island died Tuesday December 4, 2007, at St. Francis Medical Center.     Services will be at 10:30 A.M. Saturday at Livingston-Sondermann Funeral Home.  The Rev. Jerry Quandt will officiate.  Burial will be at 2:30 P.M. Saturday at the Ord City Cemetery.     Visitation will be from 5 to 7 P.M. Friday at the funeral home.     Mr. Day was born May 22, 1924, at Clearwater, NE to Charles and Gertie (Ragland) Day.     Survivors of the immediate family include his wife, Evalene of Grand Island; one son, Don Day and his special friend, Betty Gannon of Grand Island; one daughter, Shirley Harmon of Grand Island; and one sister, Hazel Mitchell of Louisville, NE.     Additional survivors include six grandchildren, Rhonda Rayno and her husband, Mark, Sondra Day, Janie Long, Barb Pelowski and her husband, Jeff, Curt Harmon and his wife, Lori, Craig Harmon and his wife, Robin; nine great-grandchildren, Shaun Hilderbrand, Rachel Hilderbrand, Adam Harmon, Heather Harmon, Shelby Harmon, Mike Pelowski, Nathan Harmon,  Nicholas Harmon and Kati Harmon; one great-great-grandson, Blaz Hilderbrand.     Harold’s childhood was spent in farming communities, as he grew up her continued to work doing farming occupations.     He married Anna Evalene VanSlyke at Grand Island on February 28, 1945.  At the time of their marriage, they were working on a farm near North Loup, NE.     Harold and Evalene bought and managed the café in Greeley, NE.  They later sold the business and went to work for Rod Smith Lumber Co.     In 1948 the couple moved to Erickson, Dannebrog and Elba doing framing jobs.  Late in 1949 they purchased the produce station in Cotesfield.  While in Cotesfield, along with the produce station, Harold started a custom spraying business and then branched off into custom combining.  The produce station was closed in 1958 and Harold continued combining until retiring and moving to Grand Island in 1974.     In their retirement, Harold and Evalene brought and remodeled houses to rent.  Due to health reasons, they sold those properties and fully retired.     Harold moved to the Golden Living Care Center at Lakeview in 2003, where resided until his death.     He was preceded in death by two brothers, Kenneth and Everett Day one sister, Nawdean Barth and an infant son, Dale Day.  Memorials are suggested to the family.

The family of Harold G. Day created this Life Tributes page to make it easy to share your memories.

Send flowers to the G. family.