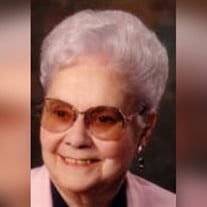 Idella M. Hegarty, 94, of Grand Island, died Thursday, March 2, 2006 at Tiffany Square Care Center. Funeral services will be on Tuesday at 10:00 A.M. at Livingston-Sondermann Funeral Home. The Rev. Lonnie Logan will officiate. Burial will be at the Westlawn Memorial Park Cemetery. Visitation will be on Monday from 7:00 until 9:00 P.M. at the funeral home. Mrs. Hegarty was born on September 13, 1911 at Cantril, Iowa to Tom & Mary (Frazey) Short. Survivors include one niece, Wyonia Goebel of Ballwin, Missouri; two nephews, Paul Davis of Milton, Iowa, and Tom Edwards of Jerseyville, Illinois; four step-sons, John Hegarty Jr. of Beemer, Joe Hegarty of Mt. Dora, Florida, Mike Hegarty of Eustis, Florida, and David Hegarty of Waukesha, Wisconsin; two step-daughters, Rose Palmer of Omaha, and Jean Rine of Beloit, Wisconsin. Additional survivors include her adopted family, Ronnie & LaVonne Buettner of Lexington, four adopted grandchildren and their spouses, Susan Marie Buettner of Beatrice, Joe & Lillian Buettner of Kearney, John & Kim Buettner of Lincoln, and Bill & Susan Buettner of Lincoln; and a sister-in-law, Mary Kay Hegarty of Omaha. Mrs. Hegarty received her education in Granger, Missouri. She married Ray Morrissey on March 6, 1935 at Cantril, Iowa. In October 1935, the couple moved to California. They remained there for two years before moving to Illinois in 1937. They then lived in Iowa, then Mead, Nebraska and then moved to Grand Island in 1942. Mr. Morrisey died on July 20, 1969. She married John Hegarty on February 16, 1973 in Lexington. Mrs. Hegarty was an active member of the Eagles Auxiliary #378 for over 40 years. She served as Madam President, and also served on the memorial team and ritual team. She was state Woman of the Year in 1963-1964, and State Grandmother of the year in 1986-87. She was then elected to the Eagles Hall of Fame. Mrs. Hegarty was also a member of Trinity United Methodist Church. She was preceded in death by her two husbands; her son, Joseph Paul Morrissey; three sisters, Gladys Carpenter, Nelda O’Farrell, and Vera Edwards; a step-daughter, Ann Cortner; one niece, Eulala Roberts; and one nephew, Gerald Phillips. Memorials are suggested to the Eagles Club, Trinity United Methodist Church, or to the Grand Generation Center.

The family of Idella M. Hegarty created this Life Tributes page to make it easy to share your memories.

Send flowers to the Hegarty family.