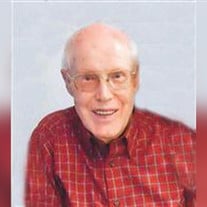 Ivan W. Peterson, 94, of Grand Island, died Saturday, October 16th, 2010 at Tiffany Square Care Center in Grand Island.    Funeral services will be on Saturday at 11:00 A.M. at Livingston-Sondermann Funeral Home.  Pastor Robert Pier will officiate.    Burial will take place at 9:30 A.M. on Saturday at the Monroe Evangelical Free Church Cemetery north of Phillips.    Visitation will be on Friday from 5:00 until 8:00 P.M. with the Prayer service at 7:00 P.M. at Livingston-Sondermann Funeral Home.    Mr. Peterson was born on February 18, 1916 at Loma, Colorado to Gottfried and Ida (Anderson) Peterson.    Survivors of the immediate family include his wife, Neretta of Grand Island; three daughters and sons-in-law, Betty (Larry) Peters of Lincoln, Gloria (Howard) Bartlett of Cartersville, Georgia, and Ivalynn (Arden) Garwood of Atkinson, Nebraska.    Additional survivors include nine grandchildren, Drew Peters, Keith (Karin) Peters, Reid (Shelly) Peters, Kyle (Amanda) Peters, Miles (Jena) Garwood, Kelli Garwood, Cheri Garwood, Philip Bartlett, and Melissa Bartlett; as well as five great-grandchildren; one nephew, Norman Peterson; and two nieces, Donna Forsberg and Jerene Wickett When Mr. Peterson was one month old, the family moved to a farm in Nebraska.  He enjoyed growing up on the farm and continued farming in the Marquette area until he retired and moved to Aurora in 1981.    He attended country school and then farmed until 1941 when he was drafted into the U.S. Army.  Upon completion of his time in the military, he returned to the family farm.    He married Neretta Perry on March 3, 1951 in Phillips, Nebraska.  Ivan and Neretta enjoyed their life together for 59 and one-half years.      He was a member of Pleasant View Bible Church in Aurora and a former member of the Monroe Evangelical Free Church.    Ivan was known for his love of John Deere machinery, the Atlanta Braves baseball games, and especially enjoyed praising the Lord through singing.  In his early years, he was a part of a family men’s quartet and continued singing in other quartets and choirs throughout his life.  One of the songs that became dearer to him as his health deteriorated was “I’m Going Higher Someday”.  Ivan especially enjoyed spending time with his children, grandchildren, and great-grandchildren.    In addition to his parents, Mr. Peterson was preceded in death by two brothers, Carroll and Laverne, and two sisters, Lorena and Eula.   Memorials are suggested to the Pleasant View Bible Church, Nebraska Christian Schools in Central City, or to Grace University in Omaha.

The family of Ivan W. Peteson created this Life Tributes page to make it easy to share your memories.

Send flowers to the Peteson family.