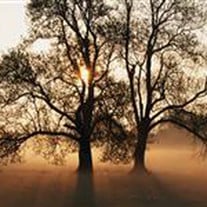 Jack Reed, 85, of Grand Island died Thursday, January 27, 2011 at St. Francis Medical Center with his family at his side. The family will be receiving friends from 2 to 4 pm Saturday at Livingston-Sondermann Funeral Home. Cremation services were provided by Westlawn Memorial Park. Mr. Reed was born on January 30, 1925 in Monument, Kansas to Jack and Ellen (Dobbs) Reed. He grew up in Kansas and graduated from Colby High School in 1943. He then attended Kansas University and the University of Colorado. He served an apprenticeship at a woodworking shop in Denver before returning to Colby and starting an Iron Foundry with his father. Jack also started a business building quonsets throughout Kansas, Nebraska, Iowa and Colorado.  While working in Ponca, Nebraska he met Naida Ann Reed. Jack and Naida were united in marriage on September 5, 1952 in Sioux City, IA. The couple moved to Florida in 1953 where they farmed. They moved to Colby in 1959 and Jack continued to work at the foundry. He retired in 1982 and the couple moved to Grand Island. Mrs. Reed preceded him in death on July 28, 2008. Jack enjoyed gardening, reading and traveling. Survivors of the immediate family include two daughters and sons in law, Susan and Bill Gutknecht of Dallas and Laurie and Tom Niederee of Salt Lake City; a son and daughter in law, Conrad and Judy Reed of Colby, KS; a brother in law and sister in law, Leon and Jenny Conrad of Ponca; two sisters in law, Faris Conrad of Sioux City and Leona Conrad of Ponca. Additional survivors include six grandchildren, April, Ryan, Heath, Elyse, Abbie and Trent, and many cherished nieces, nephews and cousins. He was preceded in death by his parents, his wife, an infant sister, Grace and a brother Jerry. Memorials are suggested to the Leukemia Research Foundation.

Jack Reed, 85, of Grand Island died Thursday, January 27, 2011 at St. Francis Medical Center with his family at his side. The family will be receiving friends from 2 to 4 pm Saturday at Livingston-Sondermann Funeral Home. Cremation services... View Obituary & Service Information

The family of Jack Reed created this Life Tributes page to make it easy to share your memories.

Send flowers to the Reed family.