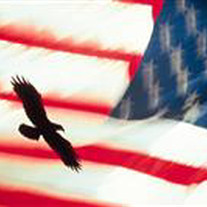 James Austin Cramer, 62, of Blair, Nebraska died Wednesday night, November 23 at the VA Medical Center in Grand Island, Nebraska after a long battle with cancer.  Cremation has taken place, and a memorial service will take place at a later date in Blair             Jim was born on December 25, 1948 in North Platte, NE and grew up in Red Cloud, NE where he earned the Eagle Scout award.  He graduated from Red Cloud High School in 1967 and attended Nebraska Wesleyan University.  In 1969 Jim joined the Navy and served as a Boiler Technician on nuclear destroyers in the Gulf of Tonkin during the Vietnam War.  He was honorably discharged in 1974.  He remained a life-long member of the American Legion.    Jim moved to Blair in 1982 and worked as a nuclear operator at the Fort Calhoun nuclear plant.              Jim loved the outdoors and his happiest days were on the water with a fishing pole in hand.  He spent many youthful weekends at Harlan County Reservoir and then many more mature summers fishing in Canada.  The other love of Jim’s life was his many dogs.                 He is survived by his sister, Ann Cramer, of Chappell, NE and a host of dear friends, including Bill and Ginny Kermoade, Brian and Tammy Kramer, and Jim and Kay Woodard all of Blair, Ward Cheney of Sapulpa, OK, and Bob Walters of Red Cloud.  Also to be included in this list of friends are the staff and residents at the VA Medical Center in Grand Island.   Jim was preceded in death by his parents, Arlene and Austin Cramer of Red Cloud, and his paternal grandparents, Harry and Edna Cramer of Red Cloud..             In close keeping with Jim’s love of the outdoors, memorial donations may be to “Ducks Unlimited, Memorial Contributions, One Waterfowl Way, Memphis TN, 38120”.

The family of James Austin Cramer created this Life Tributes page to make it easy to share your memories.

Send flowers to the Cramer family.