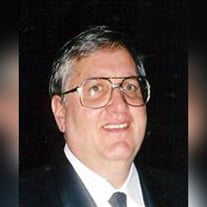 James ‘Jim’ Douglas Hollowell, 57, of Grand Island, died Saturday, May 15, 2010 in Grand Island.    Funeral services will be on Wednesday at 10:30 A.M. at Livingston-Sondermann Funeral Home.  Rev. John Hayes will officiate.    Burial will be on Wednesday at 3:00 P.M. at the West Union Cemetery near Sargent, Nebraska.    Visitation will be on Tuesday from 5:00 until 8:00 P.M. at the funeral home.    Mr. Hollowell was born on June 28, 1952 in Grand Island to John and Dorothy (Niemoth) Hollowell.    Survivors of the immediate family include his wife Mary of Grand Island; two daughters and one son-in-law, Liz and Tim Mayfield of Grand Island, and Becky Hollowell of Grand Island; one son, Ben Hollowell of Lincoln; his mother, Dorothy Hollowell of Wood River; three sisters and two brothers-in-law, Bonnie Vejvoda of Grand Island, Sharon and Jerry Bady of Grand Island, and Mardell and Steve Larson of Funk.    Additional survivors include six grandchildren, Malachi, Cassidy, Adeline, Wyatt, Maxton, and Conner; and well as many nieces, nephews, and cousins.    Mr. Hollowell received his education in Grand Island at Trinity Lutheran School, Walnut Jr. High, and he graduated from Grand Island Senior High in 1970.  He then attended Kearney State College for one year.    He married Mary Russell on June 10, 1978 in Grand Island.    Jim was employed by the Chicago Lumber Company, Sears, and worked as an electrician for Van’s Electric. In 1983, he joined his father and sister in the insurance brokerage business, Insurance Agency Center.  At the time of his death, he was the marketing representative for the company.  He was an insurance agent in Life, Health, and Annuities and at one time held a securities license.    Mr. Hollowell loved playing with his grandchildren, studying the Bible, visiting with friends online via a Christian message board, working on computers, watching movies, listening to music, singing, and he enjoyed Husker football.  He also helped distribute Gideon Bibles and worked in the jail ministry.      He was preceded in death by his father in 1999.    Memorials are suggested to Gideon’s International.

The family of James 'Jim' Douglas Hollowell created this Life Tributes page to make it easy to share your memories.