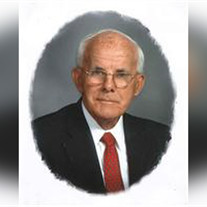 Joseph Jeremiah "Joe" Donovan, 91, of Greeley died quietly, with family at his side, on Friday, December 9th, 2011 at the Greeley Care Home. Mass of Resurrection will be at 10:30 am Tuesday at Sacred Heart Catholic Church in Greeley. Father Don Burhman will officiate. Visitation will be from 4-8 pm Monday with a 7 pm wake service at Sacred Heart Church. Burial will be in Milton, Massachusetts.   Memorials are suggested to WWII Hero’s Flight.   Livingston-Sondermann Funeral Home of Grand Island is serving the family.   Joe was born November 30, 1920 on the family farm eight miles north of Greeley, Nebraska to Dennis F. and Mary (McNelis) Donovan. He was the seventh child of nine brothers and sisters. He remained on the farm until he entered the US Army and served in Europe during World War II. A member of the “greatest generation” he received a battlefield commission as a second lieutenant as well as a two Silver Stars, Bronze Star and the Combat Infantryman’s Badge. He also was wounded three times, for which he received three Purple Hearts. While recuperating from the first of his wounds he met his future wife, Catherine M. O’Donnell, a US Army nurse in England. After being discharged from the Army Joe returned to Greeley for a brief period, however his heart was in Boston with Kate. Leaving Greeley he went to Boston where he married Kate on April 27, 1946. The couple settled in Milton, Massachusetts where they raised their family of six children; Dennis, Anne, Joseph Jr., Jimmy, Kevin and Kathleen. Joe retired from the Post Office after a 30 year career. Following the loss of Kate, Joe returned to Greeley where he lived with his daughter until moving to the Greeley Care Home. Joe is survived by his children; Dennis of Rockport, TX; Anne Dugan of Greeley, NE; Joseph Jr., of Milton, MA; Jimmy of Whitman, MA; Kevin, of Holden, MA, and Kathleen Ciotti of Middleton, MA. He is also survived by numerous grandchildren and great grandchildren. Joe was preceded in death by his parents, his wife Kate, a grandson, Jimmy J. Dugan, a great grandson, Scott Wells and his eight siblings.

Joseph Jeremiah "Joe" Donovan, 91, of Greeley died quietly, with family at his side, on Friday, December 9th, 2011 at the Greeley Care Home. Mass of Resurrection will be at 10:30 am Tuesday at Sacred Heart Catholic Church in Greeley. Father... View Obituary & Service Information

The family of Joseph 'Joe' Jeremiah Donovan created this Life Tributes page to make it easy to share your memories.