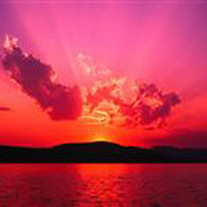 Judith (Judy) E. Bick, 63, of Grand Island died Thursday, December 16, 2010 at Golden Living Parkplace in Grand Island. Memorial service will be at 2:30 pm Sunday at Livingston-Sondermann Funeral Home. Pastor Sam Keyzer will officiate. There will be no visitation. Judy was born October 3, 1947 in Avoca, Nebraska to Floyd W. and Charlotte (Hauschild) Mohr. She received her education in the Lincoln Public Schools, graduating from Lincoln Southeast High School.  Following high school she made her home in Lincoln and later moved to Grand Island. She was united in marriage to Rodney Bick on November 13, 1987. Mr. Bick preceded her in death on Dec. 3, 1992. Judy is survived by a daughter Mitzi Mohr of Lincoln, four grandchildren, Johnathan, Joshua, Jasmine and Devon, a brother Ronald Mohr of Oklahoma, a brother Greg and his wife Jeannie Mohr of Lincoln and nieces and nephews Michael, Cindy, Matthew, Chara, Cindy, Kelly, Shelly, Mark, Ronni Jo, Mimi, Sara and Emily. She was preceded in death by her parents, and infant daughter Melissa, her husband and a brother John.

The family of Judith (Judy) Bick created this Life Tributes page to make it easy to share your memories.

Send flowers to the Bick family.