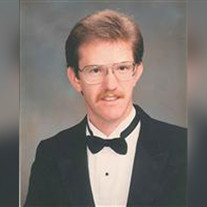 Junior H. Radney, DVM, 51, of Wood River died Saturday, December 3, 2011 at St. Francis Medical Center. According to Dr. Radney’s wishes he was cremated and there will be a private family service. Livingston-Sondermann Funeral Home is serving the family. Memorials are suggested to the Radney children college fund. Mr. Radney was born on June 27, 1960 in Amarillo, Texas to Jerry Lee and Mary Lou (Bingham) Radney. He grew up in Amarillo and graduated from Cal Farley’s Boys Ranch in 1978. While in school he was active in the FFA and showed livestock at most major stock shows, including the Texas State Fair. Junior worked as a journeyman meat cutter during undergraduate school. He attended Texas A&M and graduated in 1990 with a Doctor of Veterinary Medicine. While attending veterinary school he spent a semester long sabbatical at the Meat Animal Research Center in Clay Center, Nebraska. He was united in marriage to Tami Storbakken, DVM, on May 8, 1990 at College Station, Texas. The couple made their home in several states where he practiced animal agriculture. Junior was a past member of the Future Farmers of America and the American Veterinary Medical Association. Survivors of the immediate family include his wife, Tami Radney, DVM, of Wood River; a daughter, Lea Radney of Crete, a son, Kelby Radney of Lincoln, a daughter, Janelle Radney and a daughter Elizabeth Radney both of Wood River. He is also survived by his grandmother, Alma Bingham of Amarillo, TX; a sister, Kim Brackett of Amarillo, TX; two brothers, Bryan (Lorraine) Radney of Amarillo, TX and Brady (Linda) Radney of St. Angelo, TX; and numerous nieces and nephews. He was preceded in death by his parents and an infant sister.

Junior H. Radney, DVM, 51, of Wood River died Saturday, December 3, 2011 at St. Francis Medical Center. According to Dr. Radney&#8217;s wishes he was cremated and there will be a private family service. Livingston-Sondermann Funeral Home is... View Obituary & Service Information

The family of Junior H. Radney created this Life Tributes page to make it easy to share your memories.

Send flowers to the Radney family.