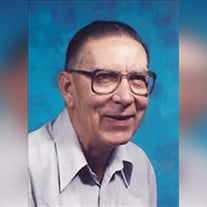 Keith E. Leiser, 86, of Grand Island died Sunday, July 20, 2008, at Golden Living Center at Lakeview. Services will be at 11:00 Thursday at Livingston-Sondermann Funeral Home.  The Rev. Jerry Quandt will officiate.  Cremation will take place following the services.  Burial of the cremains will be in Westlawn Memorial Park Cemetery at a later date. Visitation will be Wednesday from 4 to 8 PM with family greeting friends from 4 to 6 PM at the funeral home. Mr. Leiser was born July 20, 1922, in rural Hall County to Floyd and Jeanette (McLellan) Leiser. Survivors of the immediate family include his wife, June of Grand Island; one daughter, Linda Rae Catlin of Portland, OR; three sons  and daughters-in-law, LaVern and Sharon Leiser of Portland OR, Bill and Marge Bellairs of Wood River, and Jack  Bellairs and friend Dorla Brooks both of Central City; two sisters, Helen Young and Phyllis Rottinger; two brothers, George Leiser and Dave Leiser both of Grand Island. Additional survivors include nine grandchildren and 13 great-grandchildren. Keith attended District 38, then District 29 schools and graduated from Alda High School in 1939.  Following his schooling, he worked on a ranch near Pine Bluff, Wyo., and then on a dairy farm in California before returning to Nebraska. He married Josephine Price in 1945.  He later married June (Pavey) Bellairs on Feb. 14, 1952. After marrying June, they farmed near Central City, NE and Keith also worked hauling fuel for Elmer Mettenbrink.  Prior to retiring, he worked as the custodian at 1-R School. Keith enjoyed sharing jokes with friends and family.  He loved his work, taking trips to Phoenix, frying chicken and raising flowers. He was a lifetime member of the Eagles. He had been baptized in the Catholic faith. Keith was preceded in death by his son, Danny Vic Bellairs; one grandson, Danny James Bellairs; a son-in-law, Bud Catlin; and one sister, Alice Weigel. Memorials are suggested to 1-R School.

The family of Keith E. Leiser created this Life Tributes page to make it easy to share your memories.

Send flowers to the Leiser family.