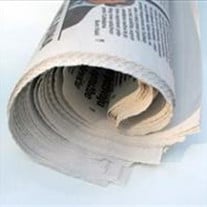 Kenneth R. Pope, 92, of Grand Island died Saturday, June 28, 2008, at home following a two year battle with cancer. Memorial services will be at 10 AM Thursday, July 3, at Livingston-Sondermann Funeral Home.  The Rev. Jerry Quandt will officiate. There will be no visitation.  Cremation was provided through Westlawn Memorial Park Crematory. Mr. Pope was born October 15, 1915, at Thief River Falls, MN to Henry R. and Hattie F. (Smith) Pope. Survivors of the immediate family include his wife of 68 years, Gean Pope of Grand Island; two daughters and sons-in-law, Linda and Ron Boucher of Colorado Springs, CO and Nancy and Ben Weeks of Morrison, CO; and one sister, Voncele (Dolly) Lariviere of Crookston, MN. Additional survivors include three grandchildren, Stephanie Wegner of Colorado Springs, CO, Jennifer Swan and her husband Roy of Grand Island, NE and Jillian Anderson and her husband, Arlyn of Eau Claire, WI; six great-grandchildren, Brendan and Jourdan Jackson of Colorado Springs, CO, Hilary Swan of Grand Island, NE, and Lauren, Morgan and Lynley Anderson of Eau Claire, WI, three step-grandchildren; and four step-great-grandchildren who all reside in Minnesota; and  his nephew, Charles (Chuck) Lariviere of Crookston, MN. Mr. Pope grew up and attended school in Thief River Falls where he graduated from high school.   Shortly thereafter, he and his family moved to Crookston, MN where he worked for Nash Finch and attended the University of North Dakota for several years. Kenneth met Gean Lorraine Carlson.  They were married on May 9, 1940.  The couple moved to Bemidji, MN where he worked for the employment service.  In 1947, they moved to Grand Forks, ND where Mr. Pope served as the carrier supervisor for the Grand Forks Herald.  He continued his career with a move to Aberdeen, SD where he worked as the circulation manager for the Aberdeen American News, a position he held until his retirement. Kenneth and Gean retired to Gillette, WY where he became a real estate appraiser for several years.  In 1984 he and Gean moved to Colorado Springs, CO and in 2002 they moved to Grand Island, NE. Ken was very active in Masonic and Shrine organizations, the Elks Club, Salvation Army Board, First Presbyterian Church and Lions Club.  He had a wonderful tenor voice and sang in the Elks Chorus, Shrine Chanters and church choir. He enjoyed playing bridge, bowling, golf, and making lovely jewelry for family and friends.  He also enjoyed traveling with the family for vacations. In lieu of flowers, memorials are suggested to St. Francis Hospice.

The family of Kenneth R. Pope created this Life Tributes page to make it easy to share your memories.

Send flowers to the Pope family.