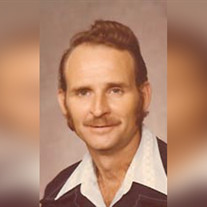 Kenneth L. Schwieger, 69, of Grand Island died Saturday, September 08, 2007, at his home.             Services will be at 11:00 A.M Wednesday at Livingston-Sondermann Funeral Home.  The Rev. David McCreary will officiate.  Burial will be in Westlawn Memorial Park Cemetery.            Visitation will be Tuesday from 4 to 8 P.M. at the funeral home.             Mr. Schwieger was born February 22, 1938 at Hall County, NE to Harry H. and Mildred J. (Thesenvitz) Schwieger.             Survivors of the immediate family include his wife, Janice of Grand Island; two daughters and two sons-in-law, Teresa Singer of Grand Island and Cheryl and Randy Boltz of Holdrege, NE and John Stromberg of Mead, CO; four sons, Jody Schwieger of Longmont, CO, Douglas Schwieger of Lincoln, NE, Larry Schwieger  and David C. Schwieger both of Grand Island; three sisters and two brothers-in-law, Harriet and Oscar Sorgenfrei Jr. of Grand Island, Lola and Stephen Clark of Dannebrog and Marlene Schwieger of Grand Island.             Additional survivors include six grandchildren, John and Nastasha Stromberg of Thornton, CO, Justin and Erin Stromberg of Henderson, CO, Jordan Stromberg of Longmont, CO and Preston Singer of Grand Island; and one great-grandchild, Kristian Stromberg.             Kenneth grew up and attended school in rural Hall County.  He graduated in 1956 from Alda High School in Alda, NE.             He married Janice E. Sinner on January 17, 1960, at St. Pauls Lutheran Church in Grand Island.             Kenneth worked for Pepsi Cola Bottling Co. from 1956 to 1966.  He then went to work for Fairmont Foods in Broken Bow, NE from 1966 to 1977.  In 1977 he went to work for Gillette Dairy Co. at a route salesman until his retirement in 1999.             Mr. Schwieger was a member of Faith United Methodist Church and the Platt Duetsche. He was preceded in death by his parents, and one daughter, Robyn Stromberg. Memorials are suggested to the Faith United Methodist Church building fund or the family.

Kenneth L. Schwieger, 69, of Grand Island died Saturday, September 08, 2007, at his home.             Services will be at 11:00 A.M Wednesday at Livingston-Sondermann Funeral Home.  The Rev. David McCreary will officiate.  Burial will be in... View Obituary & Service Information

The family of Kenneth L. Schwieger created this Life Tributes page to make it easy to share your memories.

Send flowers to the Schwieger family.