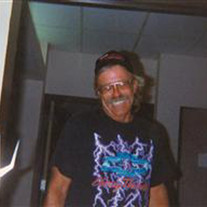 Larry E. Lacy, 60, of Fremont, Nebraska, died on Tuesday, July 5, 2011 at his home. Graveside services will be held Saturday, July 9, 2011 at 10:00 a.m. at Westlawn Cemetery in Grand Island, Nebraska. Larry was born on January 16, 1951 in Oceanside, California to Eldon and Merna  (Scheer) Lacy.  He grew up in Grand Island, Nebraska.  He married Norma Penas on August 22, 1970 and their first daughter, Tricia, was born in May 1971.  He joined the Navy in 1971 and lived in Norfolk, Virginia for four years.  They moved back to Nebraska in 1974 and moved to Johnson Lake in 1976.  Another daughter, Shasta, was born in September 1976. Larry worked as a salesman for most of his life.  His passions were drag racing and NASCAR. Survivors include two daughters, Tricia (Kris) Everson of Fremont and Shasta (Chad) Hokom of Darr; two sisters, Debbie Hilder and Candi (Pat) Hannan; three grandchildren, Tyler, Calen and Jacob; one niece and one nephew. Larry was preceded in death by his parents, grandparents, one brother-in-law and his two rottweilers, Bowser and Jasper.

The family of Larry Eldon Lacy created this Life Tributes page to make it easy to share your memories.

Send flowers to the Lacy family.