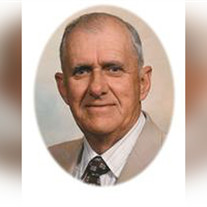 Leslie (Les) B. Knudsen, 88, of Grand Island died Sunday, April 15, 2012, at his home.  Mass of Resurrection will be at 10:30 am Thursday, April 19, 2012, at Resurrection Catholic Church in Grand Island with Father Mike McDermott officiating. Burial will follow in the Grand Island City Cemetery. Visitation will be Wednesday from 4-8 with a Rosary at 7 pm at Resurrection Catholic Church. Family will be receiving friends from 6:30-8 pm. Livingston-Sondermann Funeral Home is serving the family. Memorials are suggested to St. Francis Oncology Center.   Les was born April 4, 1924 in Pilger, Nebraska to Chris M. and Ida K. (Laursen) Knudsen.  He entered Grand Island Schools at the original Dodge School and continued there until the family moved to a farm southeast of Alda, Nebraska. He entered the Alda School and graduated in 1942. That fall he entered the University of Nebraska in Business Administration. In the second year of school, Les entered into the Army to serve in World War II. His training was completed in Camp Hood and was sent to the Southwest Pacific. His last location was in Luzon and Manila of the Philippines. Les was honorably discharged as Staff Sergeant in Sacramento, California and returned to Grand Island.   Les was married to Dolores J. Jehorek of Farwell, Nebraska on November 19, 1952 in Farwell. Three children, Janelle Victoria, Brandt Martin, and Melanie Kay, were born to them.   He was employed at J.C. Penney Company for 10 years. Les then was secretary manager of the local Fraternal  Order of Eagles for 3 years.  For 6 years he was department store manager of the local Skagway store. Following he entered into the Serf Service Shoe Store known as Pay Less Shoes. After 17 years he sold the store to Volume Shoe Corp of Topeka, Kansas. Les then entered into the Farming and Cattle business in Howard County east of Dannebrog, Nebraska. Les was a member of the American Legion, Grand Island Saddle Club, the Leiderkranz, Humane Society, American Red Cross, Knights of Columbus, and Resurrection Church where he sang in the men’s choir for several years.   Les is survived by his wife, Delores; son, Brandt and Carolyn (Thompson) Knudsen of Eagle, CO; daughter, Melanie and Randy Peters of Omaha, NE; son-in-law James Kimbrough, grandchildren, Jill Marie, Jordan Lee, and Joshua Allen Kimbrough, Samantha Jo, and Cory Ryan Peters.   He was preceded in death by his parents; brother, Leon Knudsen; and daughter Janelle Kimbrough in 2003.

The family of Leslie B. Knudsen created this Life Tributes page to make it easy to share your memories.

Send flowers to the Knudsen family.