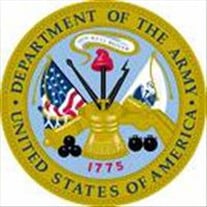 Lloyd A. Townsend, 86, of Wahoo, formerly of Grand Island, died on Wednesday, Dec. 31, 2008, at South Haven Living Center in Wahoo. Services will be at 10 a.m. Thursday at St. Wenceslaus' Catholic Church in Wahoo, with the Revs. Charles Townsend and Sean Timmerman officiating. Visitation will be from 3 to 5 p.m. Wednesday at Svoboda Funeral Home in Wahoo and from 6 to 8 p.m. Wednesday at the church, with a prayer service at 7. Visitation will also be one hour before each service. Additional services will be at 3 p.m. Thursday at Livingston-Sondermann Funeral Home in Grand Island with visitation from 2:00 p.m. until services. Burial will be in the Grand Island City Cemetery with military honors. Mr. Townsend was born on April 8, 1922, in Lincoln to Harold and Persus (Hendrix) Townsend. He was preceded in death by his wife, Aldean R. Townsend. Survivors of the immediate family include three sons and two daughters-in-law, Dr. Douglas A. and Kathy Townsend of Bellevue, Dr. David L. and Peggy Townsend of Kearney and the Rev. Charles L. Townsend of Wahoo; a daughter and son-in-law, Chrystal L. and Dirk Frey of Bellevue; and a brother and sister-in-law, Earl D. and Mary Ellen Townsend of Farmington, N.M. Also surviving are 10 grandchildren; three great-grandchildren; two sisters-in-law, JoAnn Parsons of Lake Oswega, Ore., and Thelma Spiehs of Grand Island; and nieces and nephews. Lloyd entered the U.S. Army in December 1942, served in the European theater as a radio operator in the Army Signal Corps and was discharged in September 1945. He operated the Model Laundry and Dry Cleaning Co. for many years. Lloyd was united in marriage to Aldean R. Spiehs on July 25, 1946, at St. Pauls Lutheran Church in Grand Island. He was a member of the Grand Island American Legion and Veterans of Foreign Wars, the Platt-Duetsche, Liederkranz and Elks Club. In addition to his wife, he was preceded in death by parents; two sisters, Helen M. Geddes and Thelma F. Peoples; and a brother, Harold J. Townsend Jr. Casket bearers will be Chad, Ryan, Jon, Matt, Ben and Brett Townsend and Nathan and Aaron Frey. Honorary bearers will be Shannon Key and Amy James. Memorials are suggested to Education and Youth Sporting Opportunities, St. Wenceslaus School or Bishop Neumann High School.

Lloyd A. Townsend, 86, of Wahoo, formerly of Grand Island, died on Wednesday, Dec. 31, 2008, at South Haven Living Center in Wahoo. Services will be at 10 a.m. Thursday at St. Wenceslaus' Catholic Church in Wahoo, with the Revs. Charles Townsend... View Obituary & Service Information

The family of Lloyd A. Townsend created this Life Tributes page to make it easy to share your memories.

Send flowers to the Townsend family.