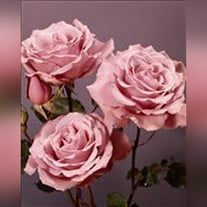 Louise R. Hunnicutt, 75, of Grand Island, formerly of Giltner, died Thursday February 12, 2009, at St. Francis Medical Center in Grand Island. Services will be at 10:00 AM Monday at the Giltner United Methodist Church.  The Rev. Marta Wheeler will officiate.  Burial will be in the Giltner Cemetery. Visitation will be Sunday from 4 to 8 PM at Livingston-Sondermann Funeral Home in Grand Island. Mrs. Hunnicutt was born April 21, 1933, at Grand Island to Edmund and Emily (Tagge) Ewoldt. Survivors of the immediate family include two sons and a daughter-in-law, Ken and Janelle Hunnicutt and Rick Hunnicutt all of Giltner; a daughter, Lisa Hunnicutt of Fullerton; a brother and sister-in-law, Bryce and Carolyn Ewoldt of Grand Island; and a sister, Roberta Schipman of rural St. Libory; and a step-granddaughter, Kirsten Hansen of Des Moines, IA. Additional survivors include sisters-in-law and brothers-in-law, Betty and Bobby Ranard of Grand Island and Marleen and Marvin Caspersen of Boelus; two brothers-in-law, Loren Hunnicutt and Harv Bish, both of Aurora; and three sisters-in-law, Bonnie Ediger of Aurora, and Lucille Hunnicutt and Verla Bachman, both of Grand Island. Louise grew up and attended school in Grand Island graduating from Grand Island Senior High in 1951.  She attended business school and then worked as a legal secretary until she married. Louise married E. Keith Hunnicutt on March 16, 1957, at St. Pauls Lutheran Church in Grand Island.  She then worked with her husband on the family farm. She worked for Shopko from the mid 1980’s until she retired in the early 90’s. Louise was proud to be a great-granddaughter of original Hall County settlers, Cay Ewoldt and Hans Wrage. Reading was her favorite pastime. Louise was a member of the Giltner United Methodist Church, the Giltner Project Extension Club and the Order of Eastern Star of which she was a Past Worthy Matron. She was preceded in death by her husband, and one daughter, Lori Hunnicutt. Memorials are suggested to the family’s choice.

The family of Louise R. Hunnicutt created this Life Tributes page to make it easy to share your memories.

Send flowers to the Hunnicutt family.