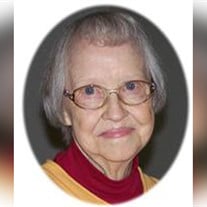 Marcia Rose Davis, 81, of Grand Island, NE, died Saturday, April 14, 2012, at Golden Living Lakeview. A celebration of Marcia's life will be held on Saturday, May 5 at 11:00 a.m., at Livingston-Sondermann Funeral Home. Pastor Gary Schulte and Dr. R. Keith Davis officiating. There will be no visitation, as Marcia donated her body to the Anatomical Board of Nebraska for medical education and scientific research. Marcia was born April 21, 1930, at Cotesfield, NE, to Rev. Luster A. and Rev. Ada E. Reger. She married and raised her children in Nebraska. In 1987 she moved to California where she lived for 18 years before coming back to Nebraska. Marcia was employed by the Stuhr Museum from 1961 to 1967. After that she worked as a bookkeeper specializing in insurance for truck drivers. She worked for several local insurance companies including: Fourth St. Insurance; AgService, TFS, Inc.; Island Insurance; and most recently worked for Interstate Trucking, Inc. in Agua Dulce, CA, until her retirement in 2000. She was a member of the Evangelical Free Church and was involved in two weekly Bible studies. Marcia is survived by three daughters and two sons-in-law Vicki and Mark Tylkowski of Aurora, NE; Dixie and Larry Boesen of Sun City, AZ; and Peggy Worm of Grand Island, NE; three sons and daughters-in-law: Dr. R. Keith and Kathy Davis of Monument, CO; Kelly and Bonnie Davis of Ft. Collins, CO; and Michael and Darci Davis of Omaha, NE. She is also survived by 13 grandchildren and 6 step grandchildren; 10 great grandchildren and 16 step great grandchildren; 2 great, great grandchildren and 1 step great great grandchild. Also surviving her is a brother and sister-in-law, Dale and Pat Reger of Johnston, CO, and two sisters-in-law, Barbara Reger of Shreveport, LA, and Winnie Reger of Loveland, CO. She was preceded in death by her parents, four brothers, a son-in-law, and a grandson. In lieu of flowers, Marcia suggested memorials to the church of the donor's choice, Goodwill or to Hope Harbor of Grand Island.

The family of Marcia Davis created this Life Tributes page to make it easy to share your memories.

Send flowers to the Davis family.