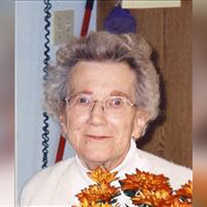 Margaret K. Engleman/Jasinski (Panowicz), 78, of Lincoln, formerly of Grand Island died Wednesday, October 29, 2008, at her home in Lincoln. Services will be at 10 AM Saturday at St. Mary’s Cathedral.  The Rev. Vince Parsons will officiate. Burial will be in Westlawn Memorial Park Cemetery. Visitation will be from 4 to 7 PM with a 7 PM rosary/wake service Friday at Livingston-Sondermann Funeral Home. Margaret was born September 28, 1930, at Elba, NE to Frank and Rosie (Graczyk) Panowicz. Survivors of the immediate family include her daughter and son-in-law, Mickey and Randy Scheidt of Lincoln; her son and daughter-in-law, Marvin and Teri Engleman of Grand Island; a step-son, Marion Jasinski of Lincoln and step-daughter, Monica; her sister, Grace Rader of Ellsworth, IA; and her sister-in-law, Bobbi Panowicz of Ravenna. Additional survivors include grandchildren, Scott Hurst and Luke Scheidt of Lincoln and David and Ashley Engleman of Grand Island; step-grandchildren, Jay, John and Jennifer Jasinski; great-grandchildren, Kailey Starlin, Hayden and Maizy Hurst of Lincoln and Oksanna Scheidt of Longmont, CO; seven nieces, 10 nephews and several great-nieces and nephews, many wonderful, loyal friends and  her dog, Angel. Margaret moved to Grand Island in 1948, where she met Robert Engleman.  They were married in December of 1948.  Mr. Engleman died in 1972. Margaret married Jan Jasinski in 1975 and moved to Lincoln.  Mr. Jasinski died in 1981. She worked for Norden Labs until her health forced her to retire in 1994.  Margaret fought a long courageous battle with her health conditions and was an inspiration to everyone who met her.  She had wonderful doctors that took excellent care of her over the years and gave her family and friends extended time with her. Margaret remained as active and independent as she could and lived each day to fullest.  She loved her family and enjoyed going to watch her son’s Little League baseball teams play, going to garage sales with her daughter and visits from her grandchildren and great-grandchildren. Margaret enjoyed listening to polka music, doing word search puzzles and watching the Price Is Right. She lived with her daughter and son-in-law, and enjoyed the family pets, most of all Angel, a little Chihuahua who was her faithful companion and whom she loved dearly. She was preceded in death by both of her husbands; two sisters; two brothers; and two brothers-in-law. Memorials are suggested to the Make-A-Wish Foundation or the Grand Island Sluggers Baseball Program.

Margaret K. Engleman/Jasinski (Panowicz), 78, of Lincoln, formerly of Grand Island died Wednesday, October 29, 2008, at her home in Lincoln. Services will be at 10 AM Saturday at St. Mary&#8217;s Cathedral.  The Rev. Vince Parsons will officiate.... View Obituary & Service Information

The family of Margaret K. Engleman/Jasinski created this Life Tributes page to make it easy to share your memories.

Send flowers to the Engleman/Jasinski family.