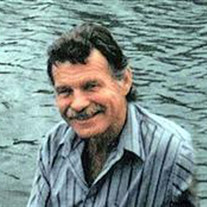 Marlin M. Gregg, 67, of Doniphan died Saturday, November 06, 2010 at Tiffany Square following a lengthy illness, with his family at his side. Memorial services will be at 11 am Tuesday at Livingston-Sondermann Funeral Home.  The Reverend Jerry Quandt will officiate.  There will be no visitation, Mr. Gregg was cremated. Burial of ashes will be in Cedarview Cemetery in Doniphan. Memorials are suggested to the American Diabetes Association. Marlin was born on February 27, 1943 in Hastings, Nebraska to Lawrence and Clara (Hinrikus) Gregg. He was raised in the Rosedale area and received his education at Rosedale Elementary and Doniphan High School. Following high school he attended Nebraska Wesleyan. He was united in marriage to Lynne Wedberg. The couple made their home in Doniphan where he farmed. He later started Gregg Brothers Trucking with his brother Larry and nephew Tony. He married Katherine Williams in December of 1990.                                                                                                       Marlin loved to work on the farm, trucking and spending time with family and friends. He survived by two daughters and sons-in-law, Shelly (Jeff) Kowalski of St. Paul, NE and Stephanie (Chad) Sutko of Kansas City, MO, two step-daughters, Kimberly  (Tim) Neal of North Platte and Debra (Robert) Pollard of Mechanicsville, VA, seven grandchildren, one great granddaughter and three step grandsons. He is also survived by a brother and sister-in-law Larry (Karen) Gregg of Doniphan,  three sisters and two brothers-in-law, Belva Jean (Herb) Randall of Lakewood, CO, Janice Gauthier of Omaha and Cheryl (Max) Mohler of Louisburg, KS, a brother-in-law Don Short of Doniphan and his beloved dog Zoey. Marlin was preceded in death by his parents, his wife Kathy and a sister Diane Short.

Marlin M. Gregg, 67, of Doniphan died Saturday, November 06, 2010 at Tiffany Square following a lengthy illness, with his family at his side. Memorial services will be at 11 am Tuesday at Livingston-Sondermann Funeral Home.  The Reverend Jerry... View Obituary & Service Information

The family of Marlin M. Gregg created this Life Tributes page to make it easy to share your memories.

Send flowers to the Gregg family.