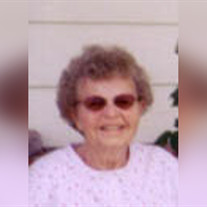 Maxine D. Koch, 82, of Grand Island, died Thursday, January 3, 2008 at the Skilled Care Unit of the St. Francis Medical Center.      Funeral services will be on Tuesday at 10:30 A.M. at Calvary Lutheran Church.  The Rev. Sheri Lodel will officiate.      Burial will be at the Westlawn Memorial Park Cemetery.      Visitation will be on Monday from 4:00 until 8:00 P.M. at Livingston-Sondermann Funeral Home.      Mrs. Koch was born on June 20, 1925 at Eustis, Nebraska to Gust and Blanche (Tunis) Kiesel.      Survivors of the immediate family include her husband, Rudy of Grand Island; two daughters and one son-in-law, Jackie & Jack Huyser of Pahrump, Nevada, Vickie Anderson of Fremont; and one son, Dudley Koch of Kansas City, Missouri; and one brother, Lowell Kiesel of California.      Additional survivors include six grandchildren; and nine great-grandchildren.     Mrs. Koch received her education in Cozad and Eustis, and graduated from Eustis High School in 1943.      She married Rudolph Koch on May 14, 1943 in Gothenburg, Nebraska.     The couple farmed near Lexington, and Mrs. Koch was also employed as a surgical technician at the Lexington Hospital.     The couple moved to Grand Island in 1967.  Mrs. Koch was employed at the Cornhusker Army Ammunition Plant; Swift and Company, and then worked as a clerk in the Hall County Treasures Office for 14 years, until her retirement in 1991.     She enjoyed shopping, crocheting, collecting dolls, and also enjoyed being at home with her family.     She was a member of Calvary Luther Church and the V.F.W.      In addition to her parents, she was preceded in death by a great-grandson, Colin Saddler; her son-in-law, Tom Anderson; three sisters, Esteline, Colleen, and Betty Jean; and one brother, Gilbert.    Memorials are suggested to the family.

The family of Maxine D. Koch created this Life Tributes page to make it easy to share your memories.

Send flowers to the Koch family.