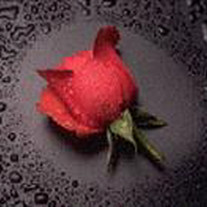 Maye E. Lang, 93, of Grand Island died Monday, May 7, 2012 at her home with family at her side. Graveside services will be at 1 pm Thursday at Westlawn Memorial Park. Visitation will be from 1-5 pm Wednesday at Livingston-Sondermann Funeral Home. Memorials are suggested to the American Cancer Society. Maye was born on April 8, 1919 in Bladen, Nebraska to Otto and Ethelle (McNair) Schulz. She grew up and received her education in Central City, Clarks, Fullerton and Chapman. She graduated from Chapman High School in 1937. She was united in marriage to Burnum Lang on March 29, 1941 in Grand Island. The couple made their home in Holstein and later moved to Grand Island. Mr. Lang preceded her in death on January 22, 1995. Maye enjoyed puzzle books, watching television, taking care of her house plants and cooking. Survivors of the immediate family include a son, Lanny Lang of Holstein, NE; two daughters and son-in-law, Voncelle and Art Osterman of Grand Island, and Sharen Schuchman of Grand Island; four granddaughters, Dee Dee Brockman and her fiancé Rob Star of Grand Island, Robyn Pritchard of Holstein, NE, Kandus (Greg) Paulson of Hastings and Elizabeth (Tom) Langhorne of Grand Island; and six great grandchildren, Dylan Pritchard, Zach Peterson, Joshua Brockman, Jennifer Osterman and Riley and Chase Paulson. She is also survived by two special nephews, Richard Wood of Grand Island and Charles Moore of Albion; a special niece, Ramona Spiegel of Albion and numerous other nieces and nephews. Maye was preceded in death by her parents, her husband, an infant grandson, Brady Lang, and three sisters, Argylle Wood, Ardythe Haugh and Arlynne Buettgenback. Last, but not least, Maye wanted to thank her granddaughter, Elizabeth, who took such good care of her.

Maye E. Lang, 93, of Grand Island died Monday, May 7, 2012 at her home with family at her side. Graveside services will be at 1 pm Thursday at Westlawn Memorial Park. Visitation will be from 1-5 pm Wednesday at Livingston-Sondermann Funeral... View Obituary & Service Information

The family of Maye E. Lang created this Life Tributes page to make it easy to share your memories.

Send flowers to the Lang family.