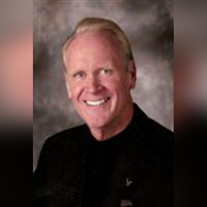 Hastings resident Dr. Michael S. Kneale, 67, died on Tuesday, November 17th, at his home after a long and courageous battle with cancer.   Visitation will be from 2:00-4:00  and 6:00-8:00 on Monday, November 30th at Livingston-Sondermann Funeral Home in Grand Island.  A memorial service will be held at 10:00 a.m. on Tuesday, December 1st, at the First Presbyterian Church in Grand Island with the Reverend Dr. Charles M. Olsen and Pastor Caroline Gibson-Price officiating.  Inurnment will be at Sunset Memorial Gardens in Hastings.    In lieu of flowers, memorials are suggested to the Patty and Mike Kneale Education Scholarship Fund c/o the Grand Island Education Foundation, 123 S. Webb Road, Grand Island, NE 68802.   Survivors of the immediate family include his beloved wife Patricia (DiMauro) Kneale; a son and daughter-in-law, Michael and Michelle Kneale of Grand Island and a daughter and son-in-law Kathleen and Dr. Curtis Reimer of Hastings; two sisters, Patricia Kotti of North Augusta, SC and Mary Kneale and (Al Bowman) of Kent, Ohio; and a brother William Kneale and (Mabel) of Spring Hill, Florida.   Also left to cherish his memory are his grandchildren, Ben Reimer, Will Reimer, Sam Reimer and Julia Reimer of Hastings and Zach Kneale and Abbey Kneale of Grand Island; a sister-in-law and brother-in-law Prov Marie and Thomas Godley of Medina, OH and a brother-in-law and sister-in-law Pat and Carol DiMauro of Stow, OH.  He is also survived by many nieces and nephews.   Mike Kneale was born in Akron, Ohio on January 25, 1942 to William and Pauline Kneale.   Mike grew up in the Akron and Kent, Ohio area.  He graduated from Kent State University High School in 1960.  He received his bachelor’s degree from Kent State University in 1965 and his master’s degree from Kent State University in 1966.  Mike received his doctoral degree from Harvard University in 1977.  He married Patricia DiMauro on December 14, 1963.  Mike was a carpenter while working his way through his bachelors and masters degrees and began his career as a teacher in the Kent City Schools in Ohio in 1966.  He was appointed dean of boys in 1968 and assistant principal in 1969.  In 1970, Mike became the youngest principal of a comprehensive high school in Ohio at Theodore Roosevelt High School in Kent.  After completing his doctoral degree, Dr. Kneale and his family moved to Nebraska where he became Superintendent of Holdrege Public Schools from 1976-78.  He then became the Superintendent of Grand Island Public Schools until 1985 when he was appointed Superintendent of Schools in Colorado Springs, Colorado.   Mike began his first battle with cancer in 1987.  The Kneales moved to Lincoln, NE to be closer to their children who were attending college in Lincoln.  As his health stabilized, Mike launched two businesses.  He created Kneale Enterprises, through which he averaged 150 keynote speeches a year for 20+ years.  He spoke in every state in the United States, all the Canadian provinces and many foreign countries.  He also established Education Research and Development Institute and subsequently Higher Education Research and Development Institute, consulting companies that prospered by serving well over 100 corporate clients and employed over 100 nationally known consultants.   Mike was a United Way board member in Grand Island and Colorado Springs as well as general campaign chairman in Grand Island in 1982.  He served on the Grand Island Chamber of Commerce Board of Directors and was President-elect of the Chamber in 1985 before leaving for Colorado Springs. He was selected as Man of the Year in Kent, Ohio in 1972 and Boss of the Year in Grand Island in 1981 by the Junior Chamber of Commerce.  In 1982 he was selected as Grand Island Man of the Year by the Grand Island Independent Newspaper.  In 1983 Mike was selected as the Outstanding Educator of Nebraska by the Nebraska State Education Association.  He served as president of the Nebraska Association of School Administrators in 1983-84.  He was a mentor in the TeamMates program in Lincoln.  Dr. Kneale was a Paul Harris Rotary Fellow.  Mike was a commissioner on the Nebraska Educational Telecommunications Board and was commissioned as an Admiral in the Nebraska Navy.  Mike was instrumental in the founding of the Grand Island Education Foundation in 1983 and was a member of the foundation board until recently.  He was selected to the Kent City Schools Hall of Fame in Kent, Ohio in 2006.  In 2008 the Grand Island Public Schools named the Michael S. Kneale Administration Building in Mike’s honor.    Of all his accomplishments, Mike most enjoyed helping and inspiring others to be their very best.  His family was his greatest joy and point of pride.  His philosophy of life can be captured in the following:  “Do all you can with what you have, in the time you have, in the place where you are.”  Mike never gave up the battle although he fought cancer for 20+ years, through countless surgeries and every treatment known for renal cell cancer.  Mike would want everyone to approach their fight with the same positive attitude; that you never give up

Hastings resident Dr. Michael S. Kneale, 67, died on Tuesday, November 17th, at his home after a long and courageous battle with cancer.   Visitation will be from 2:00-4:00  and 6:00-8:00 on Monday, November 30th at Livingston-Sondermann Funeral... View Obituary & Service Information

The family of Dr. Michael S. Kneale created this Life Tributes page to make it easy to share your memories.

Send flowers to the Kneale family.