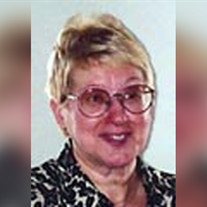 Ona C. Colfack, 66, of Grand Island died Monday October 30, 2006, at St. Francis Medical Center.    Services will be at 10:00 A.M. Thursday at Blessed Sacrament Catholic Church.  The Rev. Francis T. Curran will officiate.    Burial will be in the Grand Island City Cemetery.    Livingston-Sondermann Funeral Home is in charge of arrangements.    Visitation will be Thursday at the church from 9:00 A.M. until service time.    Ona was born September 22, 1940 at Corner Brook, Newfoundland, Canada to John and Agnes (George) Mitchell.    Survivors of the immediate family include two sons and a daughter-in-law, Martin and Colette Evans of Grand Island and Scott Evans; one daughter and son-in-law, Maureen and Randy Gates of Loveland, CO;  five sisters and a brother-in-law, Helena Atkins, Irene Douscette, Marie Sparkes, Sylvia Rowsell and Barbara and Greg Hurley all of Canada; and one brother, Russell Mitchell of Canada.    Additional survivors include ten grandchildren, Valerie, Vanessa, Mitchell, Jackson, Gage and Tucker Evans, Jessica, Hillary, Marissa and Gabrielle Gates; and numerous nieces and nephews in the U.S. and Canada.    Ona adored her grandchildren and cherished the time she spent with them.    She was preceded in death by two sisters, Monica Lafitte and Loretta Ramos; and two brothers, Jerome and Jackie Mitchell.

The family of Ona C. Colfack created this Life Tributes page to make it easy to share your memories.

Send flowers to the Colfack family.