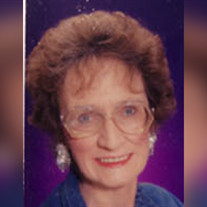 Patsy M. Hayman, 73, of Grand Island, died Tuesday, January 22, 2008 at her home, surrounded by her family.        Funeral services will be on Saturday at 10:00 A.M. at Livingston-Sondermann Funeral Home.  The Rev. Jerry Quandt will officiate.        Burial will be at the Westlawn Memorial Park Cemetery.    Visitation will be on Friday from 4:00 until 8:00 P.M. at the funeral home.        Mrs. Hayman was born on January 29, 1934 at Winterset, Iowa to Henry & Nayda (Clarkson) Monson.       Survivors of the immediate family include her husband, Ray Hayman of Grand Island; two sons, Ray P. Hayman of Grand Island, and Ross A. Hayman of Grand Canyon, Arizona; one daughter, Debra Snyder of Grand Island; and one brother and sister-in-law, Dick  and Linda Monson of Loveland, Colorado.         Additional survivors include two granddaughters, Kathy (Snyder) Duhrkop and her husband, Jason of Lincoln, and Kelly Snyder of Grand Island; and four great-grandchildren, Lakyn and Lexi Duhrkop and Haylee and Hayden Snyder.        At an early age, Mrs. Hayman moved to Central City, Nebraska.  She received her education in Central City, and graduated from Central City High School with honors in 1952.        She married Ray Hayman on June 25, 1953 in Burke, South Dakota.    The couple lived in Grand Island, and Mrs. Hayman was employed as a telephone operator for Northwestern Bell for 20 years.  Due to ill health, she retired in 1983.       Before her illness, Mrs. Hayman enjoyed water skiing, and bowling. She enjoyed home decorating, collecting coupons, playing bingo, traveling, and she was an avid reader. Patsy especially enjoyed spending time with her grandchildren.  When her eyesight failed, she enjoyed listening to audio books.        She was a member of the Telephone Pioneers Club, and the National Honor Society.         In addition to her parents, she was preceded in death by one sister, Donna Snipes.  Memorials are suggested to the family

Patsy M. Hayman, 73, of Grand Island, died Tuesday, January 22, 2008 at her home, surrounded by her family.        Funeral services will be on Saturday at 10:00 A.M. at Livingston-Sondermann Funeral Home.  The Rev. Jerry Quandt will officiate.... View Obituary & Service Information

The family of Patsy M. Hayman created this Life Tributes page to make it easy to share your memories.

Send flowers to the Hayman family.