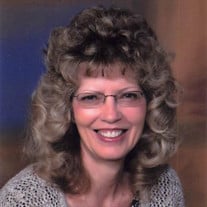 Peg A (Lambe) Radke RN, BSN, MSN passed away peacefully at home on April 23, 2021 with AseraCare Hospice and her husband Bob providing loving end of life comfort. Peg was the daughter of Bob & Nadine (Alshouse) Lambe being the 3rd of 5 children (Bernie/Kathy/Peg/Judy/Dave) with her youth spent in Central City. As a young woman, she played the organ at the local Catholic Church and the flute in the High School Band. She was also a Nursing volunteer at the Central City Hospital and graduated High School in 1973 as salutation with high academic honors. She continued her educational goals throughout her life by obtaining her RN diploma in 1976 from Mary Lanning Memorial Hospital School of Nursing, a BSN in 1992 from the University Of Nebraska Medical Center College Of Nursing, and a MSN in 2002 from Nebraska Wesleyan University while working at part and full time jobs. As a highly educated nurse, Peg provided exceptional care to all of her patients and touched the lives of many nursing professionals during her 45 years of nursing, with over 20 years teaching nursing classes at Central Community College and proving periodic extended learning classes to Nebraska LPN’s. She also taught for the University of South Dakota and Doane University Nursing Programs, with prior nursing employment at the Grand Island Memorial (Lutheran) Hospital and St. Francis Medical Center. Peg was a private and quiet person, always willing to listen and help others with their issues by demonstrating tenacity & resolve (always giving over 100%) and being a loyal friend. She never wanted to be in and avoided the spotlight and was an avid reader, spanning technical literature to mystery and western novels. Peg met her husband Bob at the Lutheran Memorial Hospital and they were married on June 6, 1981. A Blessing of Peg’s Ashes with a Celebration of Life and Nursing Knightingale Tribute White Rose Ceremony was held June 11, 2021 at St. Leo’s Catholic Church and can be viewed on the church and Livingston-Sondermann Funeral Home websites or YouTube. Private family burial of ashes will be at a later date. Memorials received will be directed to the Peggy A. Radke Memorial Scholarship Fund at Central Community College. Peg was preceded in death by a sister Judy at age 15 in 1974 and her parents in 7/4/2012 and 4/30/2013.

Peg A (Lambe) Radke RN, BSN, MSN passed away peacefully at home on April 23, 2021 with AseraCare Hospice and her husband Bob providing loving end of life comfort. Peg was the daughter of Bob & Nadine (Alshouse) Lambe being the 3rd of 5 children... View Obituary & Service Information

The family of Peggy A. (Lambe) Radke created this Life Tributes page to make it easy to share your memories.