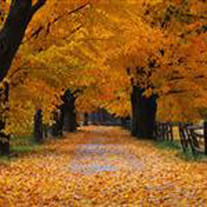 Rita Magdalen Huismann, 84, of Grand Island died Thursday, October 6, 2011 at home surrounded by her family. Mass of Resurrection will be at 10 am Tuesday, October 11, 2011 at Blessed Sacrament Catholic Church. Father Todd Philipsen and Fr. Mark Maresh will concelebrate. Burial will be in Westlawn Memorial Park.  Visitation will be from 4-7 pm Monday at Blessed Sacrament with a scripture wake service at 7 pm. Livingston-Sondermann Funeral Home is serving the family. Memorials are suggested to Blessed Sacrament Catholic Church or Grand Island Central Catholic High School. Rita was born July 8, 1927 in Schuyler, Nebraska to Andrew and Irene (Pollard) Heitz. She grew up in Schuyler and graduated from Schuyler High School in 1944. She was united in marriage to Donald F. Huismann on September 17, 1946 in Schuyler. The couple made their home in Grand Island where she taught in rural schools until quitting in 1948 to raise her family. Rita was a charter member of Blessed Sacrament Catholic Church and the Catholic Daughters. She volunteered in many capacities at Blessed Sacrament, including co-chairing the funeral dinner committee for 25 years. Rita also sang in the church choir. She is survived by her husband of 65 years Don, her children Marcia Brown of Denver, CO, Pat Anderson and her husband Larry, Donna Anderson, Jerry and his wife Lisa, and Julie Griess and her husband Melvin all of Grand Island. Rita is also survived by her grandchildren, Don, Chris and Jon Anderson, Luke Molly and Marc Anderson, Tyler Tony and Madison Huismann and Emily Buettner, Jake, Melanie and Grady Griess. Rita also was a great grandmother to seven great grandchildren.  She is also survived by two sisters, Betty Ehrenzeller of Pennsylvannia and Irene (Bud) Foust of Fremont. Rita was welcomed into heaven by her oldest daughter Linda, her parents, her brother Andrew, a sister Jean and a grandson Chris Brown.

The family of Rita M. Huismann created this Life Tributes page to make it easy to share your memories.

Send flowers to the Huismann family.