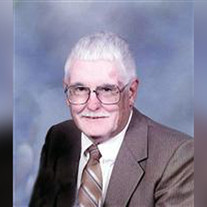 Robert E. “Bob” Dreher, 71, of Grand Island died Thursday, October 8, 2009, at St. Francis Medical Center. Services will be at 10 AM Monday at Resurrection Catholic Church. The Rev. James Schmitt and Rev. Mike McDermott will officiate. Burial will be in Westlawn Memorial Park Cemetery. Visitation will be at the church from 4 to 7 PM Sunday, with a rosary at 7 PM. Livingston-Sondermann Funeral Home is in charge of arrangements. Robert Eugene Dreher was born October 2, 1938, at Omaha, NE to Michael and Rose (Krings) Dreher. Survivors of the immediate family include two sons and one daughter-in-law, Mark and Sharon Dreher, and Mike Dreher all of Grand Island; a daughter and son-in-law, Kathryn and Andy Arnone of Portland, OR; two brothers and sisters-in-law, Morris and Betty Dreher of Grand Island, Elmer and Mary Dreher of Norfolk, NE; one sister, Alvera Irvine of Grand Island; and a brother-in-law, Leo McCoy of Ft. Collins, CO. Additional survivors include eight grandchildren, Max and his wife Cris Schmid, Dean and his wife Tara Schmid, Stacey and her husband Marcos Arrecis and Troy Schmid, Dylan and Anthony Dreher, and Monica and Vivian Arnone; and four great- grandchildren. Bob grew up in Grand Island attending St. Mary’s Elementary and Wasmer Elementary School. He graduated from Grand Island Senior High School in 1956. He was united in marriage to Anita Sue McTeer on August 8, 1959, at St. Mary’s Cathedral. Bob worked for Geneco Shoes for 15 years, living in Cincinnati, OH, Corpus Christi, TX, Lexington, KY and Miami, FL before returning to Grand Island in 1965. He worked at Kernan’s Shoes, and later for Payne-Larson Furniture. He then worked for Ace Hardware in Grand Island for 32 years. He was a member of Resurrection Catholic Church. He enjoyed monthly dinners with former high school classmates and his weekly visits to Ace Hardware since his retirement. Bob also loved to fish and spend time at his grandchildren’s activities. He was an avid Nebraska sports fan and collected Nebraska athletic memorabilia. Bob supported the American Cancer Society’s Relay for Life. Bob was preceded in death by his parents, his wife, Anita ‘Sue’ Dreher on September 16, 2003, an infant son, Richard and one sister, Rosella McCoy. Memorials are suggested to the family.

The family of Robert E. Dreher created this Life Tributes page to make it easy to share your memories.

Send flowers to the Dreher family.