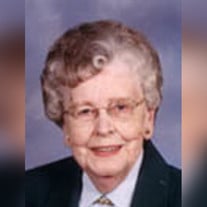 Rose M. Woodward, 97, of Grand Island, died Thursday, June 7, 2007 at the St. Francis Medical Center.    Funeral service will be on Thursday, June 14, 2007 at 10:00 A.M. at Livingston-Sondermann Funeral Home. The Rev. Jack Sample will officiate.    Private family burial will be at the Westlawn Memorial Park Cemetery.    Visitation will be on Wednesday from 4:00 until 8:00 P.M. at the funeral home.    Mrs. Woodward was born on August 3, 1909 in Harvard, Nebraska to Frank & Minnie Lindberg.    Survivors of the immediate family include one son and daughter-in-law, Charles & Jeanne Woodward of Lexington, Mass.      Additional survivors include 2 grandchildren; and five great-grandchildren, and two nieces.    Mrs. Woodward received her education in Harvard, and graduated from Harvard High School.    She married Elvin C. ‘Dutch’ Woodward in March of 1930.  Mr. Woodward for many years was the farm director for radio station KMMJ in Grand Island, and then at KHAS TV in Hastings.    Mr. & Mrs. Woodward moved to Grand Island in 1941, after short periods in Clay Center and Shenandoah, Iowa.  Throughout her life in Grand Island, Mrs. Woodward was a homemaker, except for times during the Korean and Vietnam ward, when she worked at the Cornhusker Army Ammunition Plant.    Mrs. Woodward was a member of Trinity United Methodist Church, and a charter member of Does Drove No. 147, joining at its inception in November 1957.    She was an avid and skilled bowler, continuing in the sport until age 85.  Most of all, she was a Cornhusker football fan, attending home games with season tickets starting in 1947 and continuing for over 40 years.  She and ‘Dutch’ also organized bus transportation for Grand Island residents to the games in Lincoln.    She was preceded in death by her husband in 1979, by three sisters and two brothers (two of whom died in infancy or childhood).   Memorials are suggested to Trinity United Methodist Church

The family of Rose M. Woodward created this Life Tributes page to make it easy to share your memories.

Send flowers to the Woodward family.