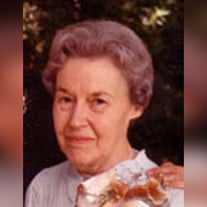 Ruth Burger, 87, of Grand Island, died Sunday, June 25, 2006 at the Tiffany Square Care Center.    Funeral services will be on Friday at 1:00 P.M. at Livingston-Sondermann Funeral Home.  The Rev. Nancy Lambert will officiate.    Burial will be at the Westlawn Memorial Park Cemetery.    Visitation will be on Thursday from 6:00 until 8:00 P.M. at the funeral home.    Mrs. Burger was born on June 28, 1918 at Cushing, Nebraska to Frederick & Mary (Berst) Anderson.    She was preceded in death by her parents, her husband on February 19, 1952 in the Korean War, and three brothers, Clayton, Carl, and Ernest Anderson.    Survivors of the immediate family include one son and daughter-in-law, Thomas & Mary Cay Burger of Englewood, Colorado; one daughter, Peggy Warner of Grand Island; two sisters and one brother-in-law Verna Anderson of San Diego, California, Irene & Dallas Miller of Lincoln; one brother, Allen Anderson of Emerald, Nebraska; and three sisters-in-law, Doris Anderson and LaVonne Anderson of St. Paul, and Vera Burger of Roach, Missouri.      Additional survivors include three grandchildren, Scott Burger of Ft. Collins, Colorado, Jeff Burger of Englewood, Colorado, and Lisa Burger of Oakland, California    Mrs. Burger received her education in Cushing, and graduated from Cushing High School in 1935.    She attended Kearney State College and the St. Francis School of Nursing, graduating in 1939.    She married Lawrence E. Burger on November 30, 1940 in Loup City.    Mrs. Burger was employed at the St. Francis Hospital.  In 1971 she began working as a nurse at the Nebraska Veterans Home.  She retired in 1983.    Mrs. Burger was active as a Brownie leader with the girl scouts, and also served as a volunteer for Hospice.    She enjoyed gardening, doing needlework and crafts.    She was a member of Trinity United Methodist Church.   Memorials are suggested to the church, the Grand Generation Center or to the donor’s choice

The family of Ruth Burger M created this Life Tributes page to make it easy to share your memories.

Send flowers to the Burger family.