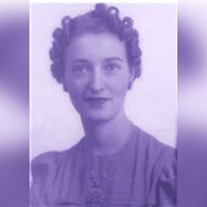 Susan Evelyn Hutchison, 95, of Grand Island went to be with her Savior on June 22, 2012 at Wedgewood Care Center. Funeral services will be at 10:30 am Tuesday at Livingston-Sondermann Funeral Home.  The Reverend Jack Gillam will officiate. Burial will be in Westlawn Memorial Park. Visitation will be from 6-8 pm Monday at Livingston-Sondermann Funeral Home. Susan was born on June 19, 1917 in Grant, Nebraska to Josiah M. and Sarah M. (Stowell) Hutsell. She was united in marriage to Enos P. Hutchison on October 24, 1937 in Denver, CO. After their marriage they worked for the Union Pacific Railroad where they provided meals for the construction gangs until 1942. The couple made their home in Grant where they owned and operated the Juke Box Café until 1950. They moved their growing family to Wallace Nebraska where they purchased the Wallace Hotel and Café.  In 1960 they moved to Wolbach until their property was destroyed by a tornado in 1963, in which time they moved to Grand Island. Susan and Enos enjoyed playing cards with friends and family and going to the horse races. Enos died October 1975 leaving Susan and family behind as he went to join our Savior. On January 6, 1979 she was united in marriage to Walter G. Hadenfeldt of Grand Island. They enjoyed traveling, dancing, gardening and playing cards with family and friends. Walter joined our Savior in February of 1987. Susan married William Keller of Grand Island on June 2, 1992. The couple lived in Grand Island and St. Paul until the time of Bill’s death in 1999. Survivors of the immediate family include her five children, Mrs. Arny (Velma) Gunderson of Axtell, NE, Mrs. Jim (Viola) Mamot of St. Libory, NE, Josiah (Joe) Hutchison of Grand Island, Daniel (Dan) Hutchison of Grand Island and Maj. Rt. Ellis (Al) and Karen Hutchison of Belton, TX; 17 grandchildren, 39 great grandchildren and 11 great great grandchildren. Others left behind were families of 2 step daughters, Mr. and Mrs. Darrel (Marilyn) Johnson and Mr. and Mrs. Dennis (Charlene) Spires, and numerous nieces and nephews. Susan joined in heaven her parents, her husband, Enos, five brothers, three sisters and two grandchildren. Memorials are suggested to the family’s choice.

Susan Evelyn Hutchison, 95, of Grand Island went to be with her Savior on June 22, 2012 at Wedgewood Care Center. Funeral services will be at 10:30 am Tuesday at Livingston-Sondermann Funeral Home.  The Reverend Jack Gillam will officiate.... View Obituary & Service Information

The family of Susan E. Hutchison created this Life Tributes page to make it easy to share your memories.

Susan Evelyn Hutchison, 95, of Grand Island went to be with her...

Send flowers to the Hutchison family.