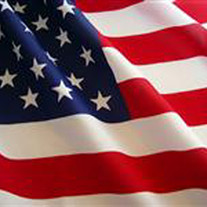 Terry L. Carpenter, Sr., 67, of Bloomington, Nebraska died Monday, October 31, 2011 at the VA Medical Center in Grand Island. Graveside services will be at 2:30 pm Thursday at Bloomington Cemetery. The Reverend Lonnie Logan will officiate. There will be no visitation, according to his wishes Mr. Carpenter was cremated. Livingston-Sondermann Funeral Home is serving the family. Memorials are suggested to the VA Medical Center Hospice. Mr. Carpenter was born on September 5, 1944 in Hastings, Nebraska to Arthur and Pansy (Dunn) Carpenter. He was raised on a farm south of Gibbon and received his education in Gibbon.  He enlisted in the United States Army on September 20, 1968 and served a tour of duty in Vietnam. He received the National Defense Service Medal, the Vietnam Service Medal, Vietnam Campaign Medal, Army Commendation Medal and Vietnam Cross of Gallantry. He was honorably discharged September 19, 1974. He then went to work for Eaton Cooperation in Kearney where he worked for over 25 years. Terry loved fishing, hunting, camping, golfing and cooking. He is survived by his beloved dog, Daisy Mae;  a son and daughter-in-law, Terry and Linda Carpenter Jr.; two daughters and sons-in-law, Kimberly Ann and Bernie Scheele of Kearney, and Shanna and Cody Hines of Holdrege;  nine grandchildren and ten great grandchildren. He is also survived by a sister, Violet (Bob) Anderson of Gibbon; three brothers, Arthur Carpenter of Gibbon, Victor Carpenter of El Charmin and Don (Irene) Carpenter of Calloway, FL, and several nieces and nephews. Terry was preceded in death by his parents and nine siblings.

The family of Terry Lee Carpenter Sr. created this Life Tributes page to make it easy to share your memories.

Send flowers to the Carpenter family.