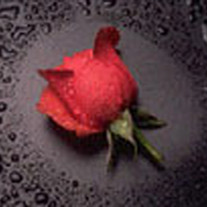 Theresa Bagley, 87, of Grand Island, died Monday, July 9, 2007 at Beverly Healthcare at Park Place.    Funeral services will be on Thursday at 10:00 A.M. at St. Mary’s Cathedral, with the Rev. Richard Piontkowski, Rev. Vince Parsons, and Rev. John Kakkuzhiyil officiating.    Burial will be at the Westlawn Memorial Park Cemetery.    Visitation will be on Wednesday from 4:00 until 8:00 P.M. with a 7:00 P.M. rosary at Livingston-Sondermann Funeral Home.    Mrs. Bagley was born on October 31, 1919 at Grand Island to Stanley and Theresa (Tesmer) Pysczynski.    Survivors of the immediate family include three sons and two daughters-in-law, LeRoy Bagley of Denver, Dennis & Barbara Bagley of Fremont, and James & Dorothy Bagley of Thornton, Colorado.      Additional survivors include 6 grandchildren; four great-grandchildren, and her former daughter-in-law, Linda Bagley of Grand Island.    Mrs. Bagley received her education in Grand Island and St. Paul.  She then worked on the family farm.    She married Royal Bagley in 1942 in St. Paul.  The couple moved to Grand Island in 1954, and Theresa was employed by Parkside Manor and then St. Francis Medical Center.     Theresa was also very active going around Grand Island picking up aluminum cans.  She would then donate the money to St. Mary’s Cathedral. Several years ago, she was honored by the Grand Island Independent as an Extraordinary Person because of her generosity.    She was a member of St. Mary’s Cathedral and the St. Mary’s Altar society.    She was preceded in death by her husband, Royal; four sisters, Martha Cook, Mary Hick, Josephine Pysczynski, and Josie Pysczynski; and by four brothers, John, Leon, Edward and Frank Pysczynski.    Memorials are suggested to St. Mary’s Cathedral.

The family of Theresa Bagley created this Life Tributes page to make it easy to share your memories.

Send flowers to the Bagley family.