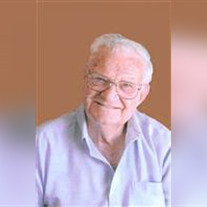 Thomas Leon Jordan, 82, of Grand Island died Monday, January 31, 2011 at home. Mass of Christian Burial will be at 10:30 am Saturday at St. Leo’s Catholic Church in Grand Island. Father Charles Torpey will officiate. Burial will be in the Grand Island City Cemetery. Visitation will be from 4-8 pm Friday at St. Leo’s with a Vigil Service at 7 pm. The family will receive friends from 6-8 pm. Memorials are suggested to the family. Tom Jordan was born on April 11, 1928 in Cardwell, Missouri to Lee N. & Bessie Jordan. He grew up and received his education in Little Rock, Arkansas. Following high school he served in the Iowa National Guard and the US Navy Reserves. He entered the United States Army on January 8, 1951 and served as a Supply Sergeant. He was honorably discharged on January 8, 1953. He was united in marriage to Phyllis L. Tesmer on May 26, 1951 at Paplin, Nebraska. The couple made their home in El Paso, Texas. Following his discharge the couple moved to Grand Island. In 1954 he began work as a civil engineer and land surveyor for Thomas and Benjamin, which later became Benjamin and Associates. He retired as Vice President in 1997. Tom enjoyed traveling and spending time with his family in his backyard. He was a charter member of St. Leo’s Catholic Church, the Knights of Columbus, the Platt-Duetsche and the American Legion. Survivors of the immediate family include his wife Phyllis of Grand Island, three sons and daughters in law; Randy and Margorie Jordan of Grand Island, Major Rodney and Tammy Jordan of Fredericksburg, VA, and Russell and Erin Jordan of Grand Island, two daughters and sons in law; Terry and Montgomery Long of Montrose, CO and Stacie and Randy Pizer of Littleton, CO, eight grandchildren and 12 great grandchildren. He is also survived by a sister, Mary Neil Volino of Chicago, IL. Tom will be welcomed into Heaven by his parents, a daughter, Deborah Gordon, two brothers; Robin and Luther Jordan, and a sister Jenny Mauro.

Thomas Leon Jordan, 82, of Grand Island died Monday, January 31, 2011 at home. Mass of Christian Burial will be at 10:30 am Saturday at St. Leo&#8217;s Catholic Church in Grand Island. Father Charles Torpey will officiate. Burial will be in... View Obituary & Service Information

The family of Thomas L. Jordan created this Life Tributes page to make it easy to share your memories.

Send flowers to the Jordan family.