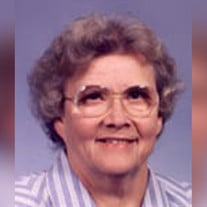 Viola R. Hovis, 79, of Lincoln, formerly of Grand Island died Thursday, March  29, 2007 at Bryan LGH East in Lincoln, Nebraska.     Services will be on Tuesday at 11:00 A.M. at the First Presbyterian Church in Grand Island, Nebraska.  The Rev. Bill Nottage-Tacey will officiate.    Private committal services will be held at Westlawn Memorial Park Cemetery prior to the church services.    Visitation will be on Monday from 4:00 until 8:00 P.M. at Livingston-Sondermann Funeral Home in Grand Island.    Mrs. Hovis was born on February 23, 1928 in Valley City, North Dakota to John and Theresa (Wooland) Gartland.    Survivors of the immediate family include three sons and two daughters-in-law David & Pam Hovis, and Philip & Ann Hovis all of Lincoln, and John Hovis of Chicago; three grandchildren, Hannah Hovis, Meredith Hovis, and Simon Hovis all of Lincoln; and one sister-in-law, Evelyn Gartland of Valley City, North Dakota.    She was preceded in death by her parents, her husband, the Rev. Richard Hovis in 2003; one brother, Goodwin Gartland; and two sisters, Evelyn and Thelma Gartland.      Mrs. Hovis received her education in the Valley City North Dakota school system.  She graduated from the State Teachers College in Valley City.  She taught high school in Crosby North Dakota and Courtenay, South Dakota.    She married the Rev. Richard Hovis on August 22, 1952 at Valley City, North Dakota.     The couple served churches in North Dakota from 1952 until 1965.  In 1965, the couple began serving the Presbyterian Church in Schuyler, and were there until 1978.  From 1978 until 1988, they served the United Presbyterian Church in Central City.    The couple moved to Grand Island in 1988.  Rev Hovis died in 2003.  Mrs. Hovis then moved to Lincoln in March 2005.    She was a member of the First Presbyterian Church in Grand Island, the Friendship Circle at the church, and was also active as a Stephen Minister.    She enjoyed going to auctions.   Memorials are suggested to the Valley City State University or to Habitat for Humanity

The family of Viola R. Hovis created this Life Tributes page to make it easy to share your memories.

Send flowers to the Hovis family.