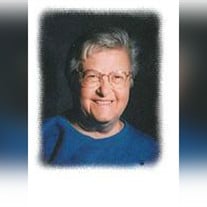 Winnona M. Downer, 87, of York, formerly of Grand Island, died Wednesday, March 21, 2012 at York General Hospital. Funeral services will be at 11 am Tuesday, March 27, at Third City Christian Church in Grand Island. Pastor Scott Jones will officiate. Burial will be in Grand Island City Cemetery. Visitation will be from 4-8 pm Monday at Livingston-Sondermann Funeral Home with the family receiving friends from 4-6 pm. In lieu of flowers memorials are suggested to Third City Christian Church, the American Diabetes Association or the National Kidney Foundation. Winnona was born August 28, 1924 in Waco, Nebraska to Clarence A. and Mae L. (Hiett) Reisinger. She grew up in Waco and graduated from Waco High School in 1942. She was united in marriage to Ray Downer on November 25, 1943 in Waco. She worked at Woolworth’s Department Store for over seven years. From 1964 until 1988 she owned and operated her dress store, Mode O’Day. Later she worked part time at the Grand Island Candy Kitchen and Café. Winnona was a member of Third City Christian Church where she was active in bible study, the Young at Heart Ladies Group and was a Sunday School teacher. She enjoyed embroidering, working in her garden, painting, playing the piano and accordion, and camping. She also enjoyed traveling and had made four trips to Greece. Most of all she enjoyed spending time with her family. Survivors of the immediate family include special companion Pete Valonis, three daughters and sons-in-law, Jennie and Lester Kosechata of Fort Cobb, Oklahoma, Carol and Dale Morehead of Utica, NE, Mary and Richard Manning of California, MO; a son and daughter-in-law, Billy and Patsy Downer of York, NE; 13 grandchildren; 33 great grandchildren and 5 great great grandchildren. She is also survived by two sisters and brothers-in-law, Lois and Gene Orbin of Friend, Ne, and Merna and John Coon of York, NE. Winonna was preceded in death by her parents, her ex-husband, a great granddaughter, Kayla Mae, a sister, Wanda Collingham, an infant brother, Adam, two brothers-in-law, Harold Pinneo and Fred Collingham, and a nephew, Clarence “Buster” Collingham.

The family of Winnona M. Downer created this Life Tributes page to make it easy to share your memories.

Send flowers to the Downer family.